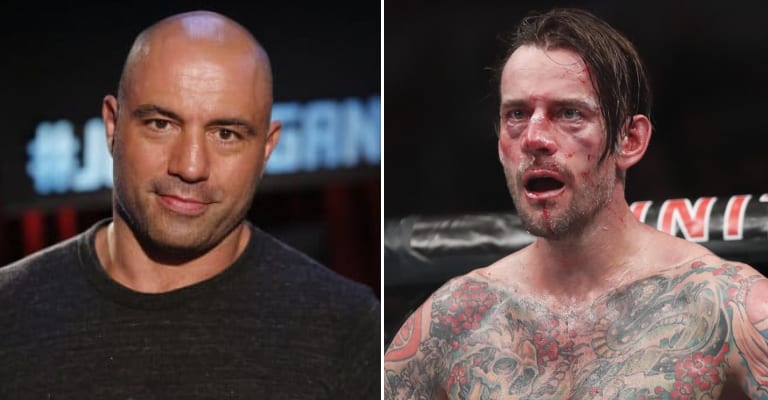 And while the fight lasted longer than his professional debut, which ended in just minutes when he was submitted by Mickey Gall at UFC 203 in September 2016, the fight was still quite lackluster to say the least, as Punk suffered a one-sided decision loss.

Following the fight, UFC President Dana White said that the 39-year-old should retire and it’s likely that we’ve seen the last of him in the UFC. As far as his abilities go, Punk is clearly leaps and bounds behind his opposition at this stage of his training and UFC color commentator Joe Rogan even went as far as to say that he ‘does not have athletic talent’:

“He’s a very nice guy and he’s a hard worker, but he does not have athletic talent,” Rogan said on a recent edition of his podcast. “He’s missing….he’s a showman, and when he was in the WWE, he was allowed to say, ‘I am the fucking man!’ And throw his hand up in the air and say he is the man, and they had it scripted so that he was the man. But when you’re in there with a guy like Mike Jackson, who had zero fear of him and was just so casual, popping him in the face anytime he wanted to, he literally could’ve stopped him anytime, if he got angry and wanted to stop him, he could’ve at any point in the fight.”

Rogan also said, however, that Punk’s lack of success in the sport thus far is certainly not because of his coach, the well-respected Duke Roufus, but once again due to his lack of athleticism:

“He doesn’t have the ability to move his body right. There’s a lot of guys you can take out there, track and field guys, football players and you can get them to fight better than him in a couple of weeks easily because they are athletes,” Rogan said.

“They’d understand how to shift their weight and throw a punch. He doesn’t have any talent, is all it is, he doesn’t have physical talent for whatever reason. Whether it’s his approach, his intensity. It’s not his coaching, it’s Duke-fucking-Roufus.”

What do you make of Rogan’s comments?