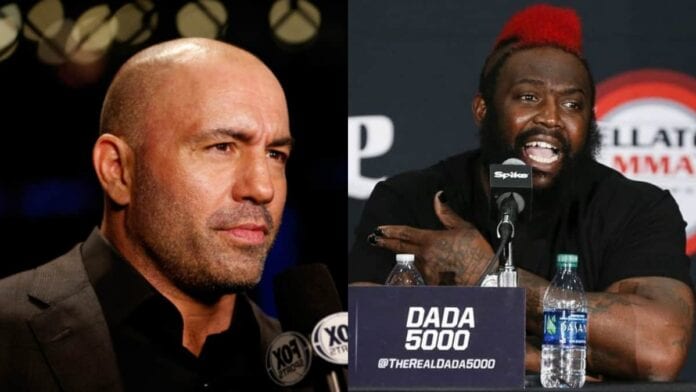 Joe Rogan recently gave his opinion on the Kimbo Slice vs. Dada 5000 fight from Bellator 149, and it’s caused a serious stir….

Kimbo Slice and Dada 5000 competed in the very ill fated Bellator 149 co-main event last week. The comical slug fest featured the two exhausted heavyweights swinging mostly at air, and finished in highly pathetic fashion after Kimbo missed his ‘knockout’ punch by a country mile. The mixed martial arts community sighed at the circus act that was Kimbo/Dada, but it’s Bellator so we’ve come to expect this.

One person who was particularly tickled by the whole affair was Joe Rogan, who made some comments during an interview that have sparked some controversy. Check out what Rogan said about Dada 5000, and the fighter responding by blasting the UFC color commentator: 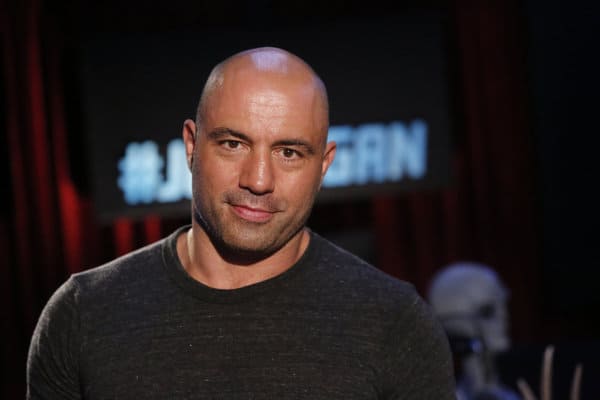 “Yea, his heart stopped. It was filled with cheeseburgers and fried chicken and orange soda. He didn’t train. There was no way he trained. I mean, he might have trained for a couple of days. You should have lost 40 pounds before. It’s not like you didn’t know you were going to do this. How about Kimbo? What the f**k was going on with him? That wasn’t even amateur hour. Really? If it was an amateur fight you’d be champing at the bit to fight those guys. ‘I hope they’re in my bracket.’

“All you have to do is dance around for a few minutes and they’re toast. How about that one exchange where Dada just lay down and Kimbo just rolled over on top of him. There was no takedown. I wonder if they were talking to each other. ‘You want to take this to the ground, homie?’” 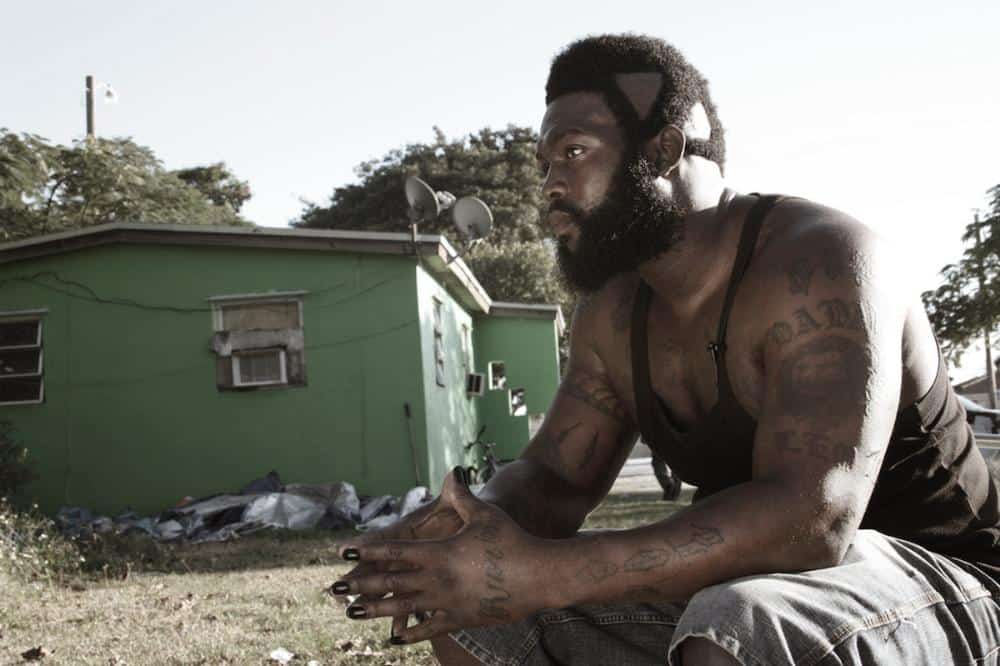 The Harris Family is appalled at the overtly racist and offensive comments directed at Dada 5000 by Joe Rogan who said in an interview that Dada’s heart was filled with “cheeseburgers, fried chicken, and orange soda”, mocking the family’s statement issued the previous day.

We don’t recall Mr. Rogan ever challenging anyone with this amount of vitriol and ignorant racial overtones, all directed to a man who is still hospitalized.

For the record, Dada lost 40lbs over course of 3 1/2 months while in training camp where he had a boxing coach an MMA coach, and a nutritionist hired by his team. As fight week approached Dada was only 2-3 pounds over fight weight. He took this fight very seriously as evidenced by his gutsy performance. Mocking Dada 5000 with hurtful and racist comments is despicable and divisive and has no place in the sport of mixed martial arts or in our society.