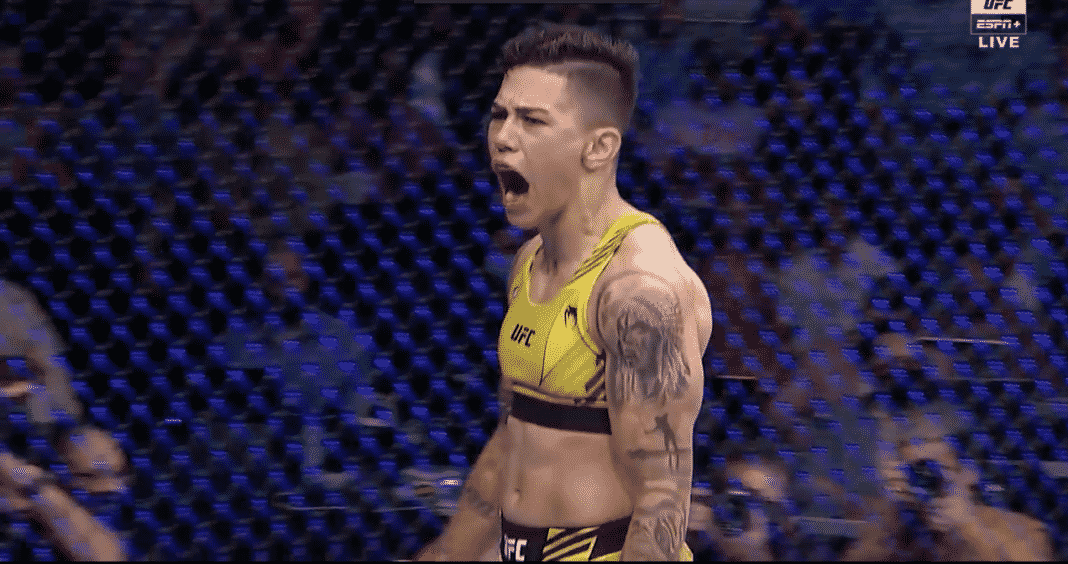 Former UFC strawweight champion, Jessica Andrade has retained her rank at #1 in the official flyweight rankings tonight — opening the main card of UFC 266 with a dominant, one-sided knockout victory over Cynthia Calvillo — becoming the first fighter to stop Calvillo.

Andrade, a former undisputed strawweight champion under the promotion’s banner, rebounded from an April knockout loss to current flyweight champion, Valentina Shevchenko, with her usual, bullish, and aggressive style, constantly pressing Calvillo at the fence.

Sweeping with lightning fast leg kicks, Andrade got into range and unloaded winging hooks, in almost patented fashion, really stunning the San Jose native before the end of the opening round.

Forcing the issue with just five seconds remaining in the round, Andrade began with a massive downpour of hooks at the fence as the American Kickboxing Academy mover shelled up and turned away.

Below, catch the highlights from Andrade’s knockout victory over Calvillo.