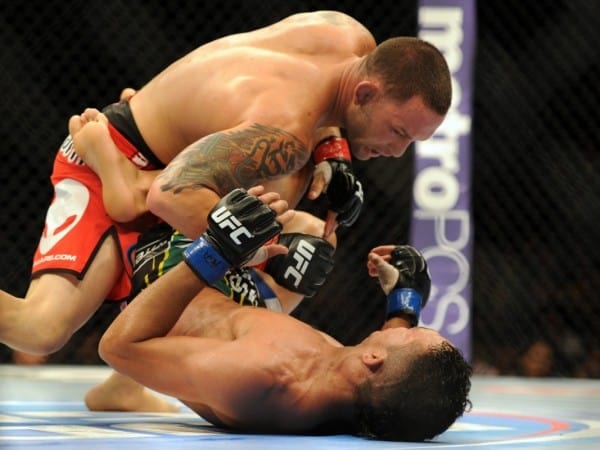 A winner of four-straight, former lightweight champion Frankie “The Answer” Edgar is likely deserving of another crack at featherweight gold. However, Edgar has seemed to be skipped over numerous times, and with the Jose Aldo vs. Conor McGregor saga still going, Edgar could find himself waiting for quite some time.

That being said, the New Jersey native has stated that he would like to fight before the end of the year, as he needs money. And it now seems as if the former 155-pound champ may have found himself a suitable opponent.

No. 8-ranked Jermey “Lil’ Heathen” Stephens took to his official twitter to call out Edgar for a bout on December 12, 2015:

Stephens has only won one of his last three bouts, but he recently got back on track at July 11’s UFC 189, scoring a devastating knockout win over Dennis Bermudez in an outstanding fight. “The Answer” also took to his twitter soon after, accepting the bout with Stephens:

Edgar has rallied off consecutive victories over Charles Oliveira, BJ Penn, Cub Swanson, and most recently Urijah Faber. Fighting Stephens may be a step down in competition, but if Edgar truly wants to fight again soon, this may be his best bet.

For Stephens on the other hand, this was quite a smart decision as a bout against Edgar would be a great opportunity for the rising featherweight. A win over “The Answer” would undoubtedly shoot Stephens to the top of the 145-pound rankings.

Should the UFC make this fight happen, and if they do, who will you be picking?