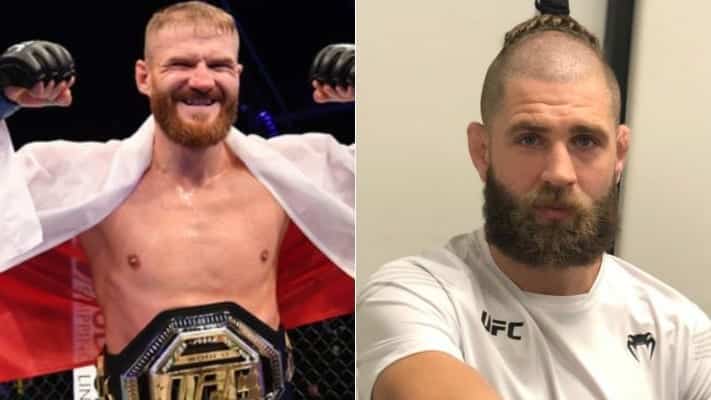 Jiri Prochazka met Dominick Reyes in the headliner and delivered one of the greatest two-round fights of all time as it was a back-and-forth war throughout.

However, Prochazka was the one leading the dance more and eventually earned the victory following a brutal spinning elbow that put the lights out on Reyes.

The performance was so impressive that many observers even called for Prochazka to get the next title shot over Glover Teixeira. And Blachowicz teased that prospect after the event.

“Hey @jiri_bjp. Me vs you in Cieszyn🇵🇱 Prince vs 🇨🇿 Samurai Sword vs Katana😁 #LegendaryPolishPower”

Of course, Blachowicz would clarify that Teixeira would still be next which is good news for the Brazilian. However, Blachowicz did make sure to point out that there was context to his original tweet.

“For all those who do not know the Slavic context of the previous post and its humorous nature.Of course, Glovera is the next contender. I always keep my word 👊🙂. #LegendaryPolishPower”

“Cieszyn is a town right on the Poland-Czech Republic border. It has a lot of historical significance for both countries. Bottom line: Central Europe has two of the best light heavyweights in the world right now.”

If things pan out, we might just see this central European clash before the end of the year.