Former UFC welterweight title challenger, Jake Shields has claimed that he has received an offer of a fight from a Twitter user by the name of ‘Boogerbeard1’, before questioning fans and fellow users of the social media platform how badly he should beat him en route to victory.

Whilst any form of a fight between Shields and the aforenoted Twitter user is currently up in the air, the user provided a snippet from an article on the official UFC website, detailing how featherweight grappler, Chase Hooper, and middleweight champion, Israel Adesanya would corner him.

“His professional debut. It’s hard to tell how serious he is, as we’ve learned, but with (Chase) Hopper sure to serve as his BJJ coach and Israel Adesanya sure to serve as his striking coach, he would, at the very least, have the most famous corner in the game,” The UFC article snippet read.

“I promised I would have a fight coming. Now, it’s time to deliver. I will peel the skin from Jake Shields and body, and wear him like a skinsuit.”

Addressing the apparent call out, Shields, a longtime training partner of the likes of both Nick and Nate Diaz, as well as former Strikeforce lightweight champion, Gilbert Melendez – questioned fans how he should beat and finish the Twitter user.

“I’ve been challenged to a fight by an internet troll,” Jake Shields tweeted. “I’m gonna leave it up to you the fans how badly I beat him and what I should finish him with.” 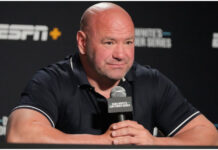 Dana White Supports MMA Being Introduced As An Olympic Sport 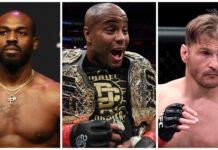 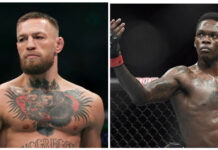 Conor McGregor Voted The Most Hated Fighter, Israel Adesanya Voted No.1 Most beloved