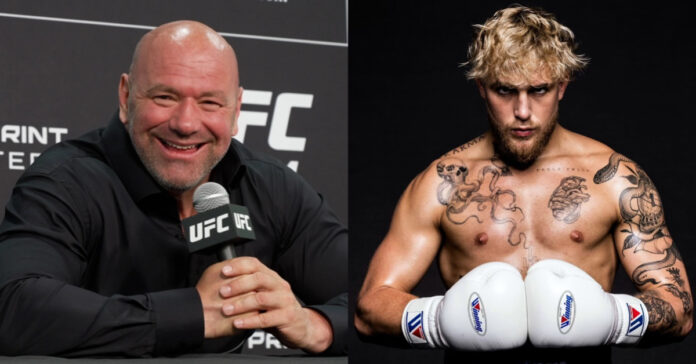 UFC fighter pay has been a hot talking point for MMA analysts and fans for a few years now. Many believe that the fighter pay is extremely too low, and despite the fact that fighters have to win their matchup to receive their full paycheck. Paul has been poking fun at White for how he pays his fighters for a few years now. He has ironically been on the frontlines of the entire debate, since it sparked up. UFC fighters, unlike many other league athletes, don’t have an athletes union. With that being said, the UFC pays less than 20% of proceeds to the fighters.

“You always have to have something to bitch about, I guess and fighters always want to make more money. Boxing is absolutely been destroyed because of money and all the things that go on. It’s never going to happen when I’m here, believe me, these guys get paid what they’re supposed to get paid. They eat what they kill. They get a percentage of the pay-per-view buys and the money is spread out amongst all the fighters.” (Transcribed by BJPenn.com).

“No major sports organization pays its athletes as poorly as Dana White & UFC. If u don’t see that then you are one of Dana’s sheeps. They keep talking about selling out 21 events in a row but never talking about raising fighter pay, giving them healthcare & fair revenue split.” Paul said.