LowKickMMA.com
Home Boxing News Jake Paul Says He Has Been Diagnosed With ‘Early Signs Of CTE’ 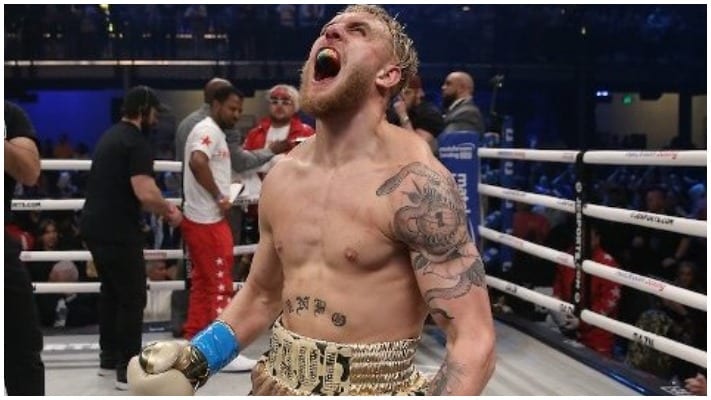 In the lead-up to his boxing match against Ben Askren, Jake Paul has made a rather startling admission.

Paul meets Askren in the ring on April 17 as part of the Triller Fight Club pay-per-view. During his media day presser, Paul claimed to have been diagnosed with early signs of CTE (Transcribed by MMA Mania).

“It’s a dangerous sport,” Paul told reporters Thursday. “That’s why, when people question my dedication to it—it’s like, I’m showing up every single day. I’m putting my mental health on the line, my brain is on the line. Like you said, I’ve gone and gotten brain scans and have early signs of CTE.”

CTE stands for chronic traumatic encephalopathy. It is a debilitating condition that, according to the Mayo Clinic, “is the term used to describe brain degeneration likely caused by repeated head traumas… CTE has been found in the brains of people who played football and other contact sports, including boxing.”

An admission to showing signs of CTE has usually ended any discussion about a fighter possibly returning to the ring. After hearing stories like those from Spencer Fisher about what it’s been like to live with brain injuries, it’s easy to see why commissions have been hesitant to give fighters like Wanderlei Silva and Mark Hunt licenses to fight.

The lasting effects and symptoms from brain injuries are hard to predict, and most diagnoses can only be made by a post-mortem examination. The UFC has taken steps to fund the research of long-lasting brain injuries, hopefully opening the door for other sports and organizations to follow suit.

Are you surprised by Jake Paul’s CTE admission?