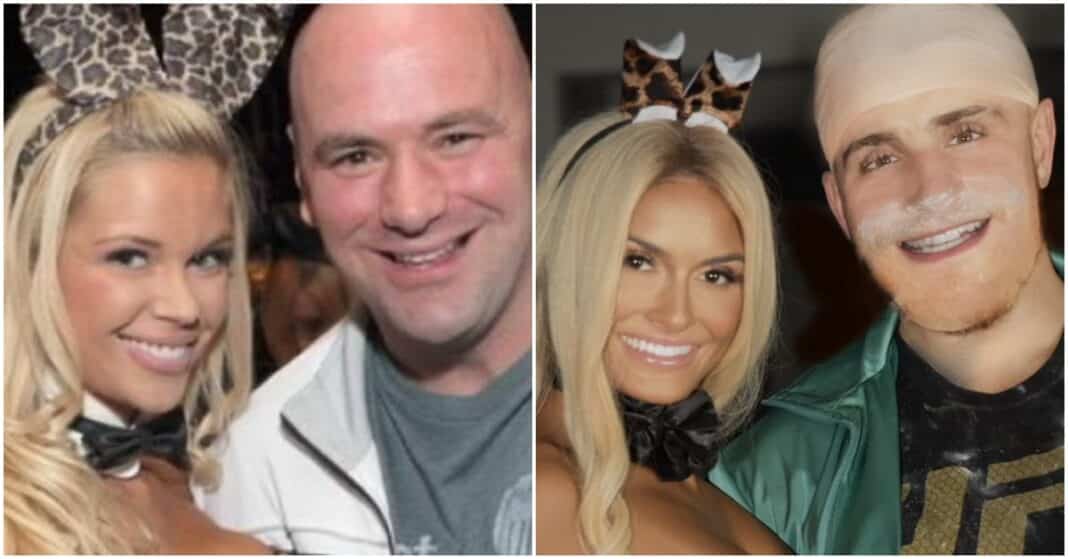 In a recent post to Twitter, Jake Paul continued his feud with Dana White by dressing up as the UFC president for Halloween while holding a bag of white powder.

Over the past few months, Paul and White have been in a war of words, Paul has consistently goaded White over fighter pay, his relationship with Conor McGregor, and White being ‘coked up.

Earlier this week, White took aim at Paul over him referring to Claressa Sheilds as a “loser” after her first MMA loss. In an interview with MMA Fighting White had this to say “So Jake Paul Clarissa Shields a loser, Clarissa shields is nothing but a winner who actually fought real people in her own weight class, in her own sport and then goes over to MMA and tries to win a world title. That not a loser that a winner’

“When are you going to start fighting people your own age, your own weight, that actually fights in your own fucking sport, that you’re claiming your in. Shut the fuck up you goofball.

“I hope she knows him out, I hope she runs into him somewhere and knocks him the fuck out.”

In somewhat of a response, Paul dressed up as White, stood next to a ‘hooker’ sporting a bald cap and bag of white powder which was also smeared under his nose. This is continuing Pauls claims of Whites cocaine use.

The meaning behind the photo

Paul is cleverly referencing a case in 2015 which saw Dana White as the victim of extortion. A man named Ernesto Joshua Ramos had allegedly claimed he had a video of White having sex with his girlfriend, which she filmed without White’s knowledge.

Ramos would try to blackmail White for $200,000 to keep the video private but White had made contact with the FBI. The FBI would eventually catch Ramos in a sting operation where they videotape an exchange of money between Ramos and White. Ramos would eventually be sentenced to 366 days in prison.

What do you think? Did you like Jake Pauls Halloween costume?