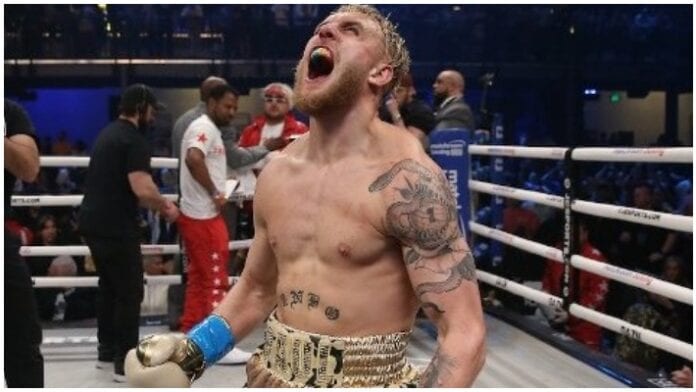 Jake Paul has doubled down on his call out of elite level MMA fighters Ben Askren, Jorge Masvidal and Conor McGregor.

The Youtube star turned boxer who is set to face off against former NBA player Nate Robinson on the undercard of Mike Tyson vs. Roy Jones Jr. previously talked up his chances in the boxing ring against the three previously mentioned men.

In an interview with Barstool Sports Paul doubled down on those claims. He believes after some seriously high-level boxing sparring he is ready to make the jump and face off against actual fighters.

Paul believes he has already surpassed the boxing level of most MMA fighters and is willing to prove it by facing off against the likes of Askren, Masvidal, and McGregor in the squared circle.

“That level of competition is harder than what these MMA guys are bringing. These MMA guys have to go into the gym and have to worry about elbows and kicks and Jiu-Jitsu and takedowns and takedown defense all this extra stuff. I’m only boxing. So, when they come into the boxing ring, my skillset is higher than theirs right now. I’m ready for these guys right now. So, Ben Askren, Masvidal, the McGregor’s they’re going to get the smoke and people will see.

“I have to prove myself. I’m talking a lot,” Paul concluded. “I know I’m talking a lot but it’s because I’m confident. So, November 28 it will be the first steppingstone of ‘wow he beat an actual athlete.’ Then after that once I take down a professional MMA fighter. I think that’s when people will turn their heads and be like ‘ok, this kid wasn’t just saying sh*t to blow smoke.’”

Do you think Jake Paul would stand a chance in a boxing match against the likes of Ben Askren, Jorge Masvidal and Conor McGregor?