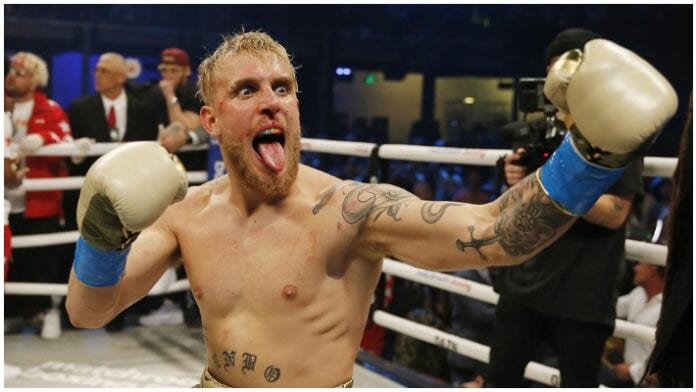 The 23-year-old made a successful professional boxing debut in January taking out fellow YouTuber AnEsonGib inside one round. Paul is now set to challenge former NBA player Nathaniel Robinson on the undercard of Mike Tyson vs. Roy Jones Jr which takes place on November 28.

Speaking on the Mayweather Boxing Channel, Paul expressed his desire to prove he is a real fighter and a legitimate boxer.

“I want to prove to people that I’m a legitimate boxer, a legitimate professional boxer with skill and someone that people should be scared of,” Paul said. “I have knockout power, I’m dangerous, and to me that’s super important and again, that’s just going to take multiple fights to prove that.

“I want to fight the biggest names in the sport, I want to take UFC fighters like Ben Askren, like Masvidal, whoever it is and bring them over to boxing, put them in a ring and go head-to-head with them. I want to fight Conor McGregor eventually. Whoever wants to get in the boxing ring with me, I want to be able to do it and beat them.” (Transcribed by Talk Sport)

Former Bellator and ONE championship titlist Ben Askren is now retired from fighting. Even at his prime ‘Funky’ was known for his elite-level wrestling skills and not much else. So, that’s something of a strange call out from Paul and a fight that certainly will not be happening.

Masvidal and McGregor on the other hand are talented strikers who have both shown an interest in boxing professionally. ‘Gamebred’ has been linked to a fight with boxing superstar Saul ‘Canelo’ Alvarez. McGregor has fought Floyd Mayweather and is believed to be taking his second professional boxing bout against Manny Pacquiao in 2021. It remains to be seen if either man would be interested in fighting Paul.

Which UFC fighter would you like to see face Jake Paul?