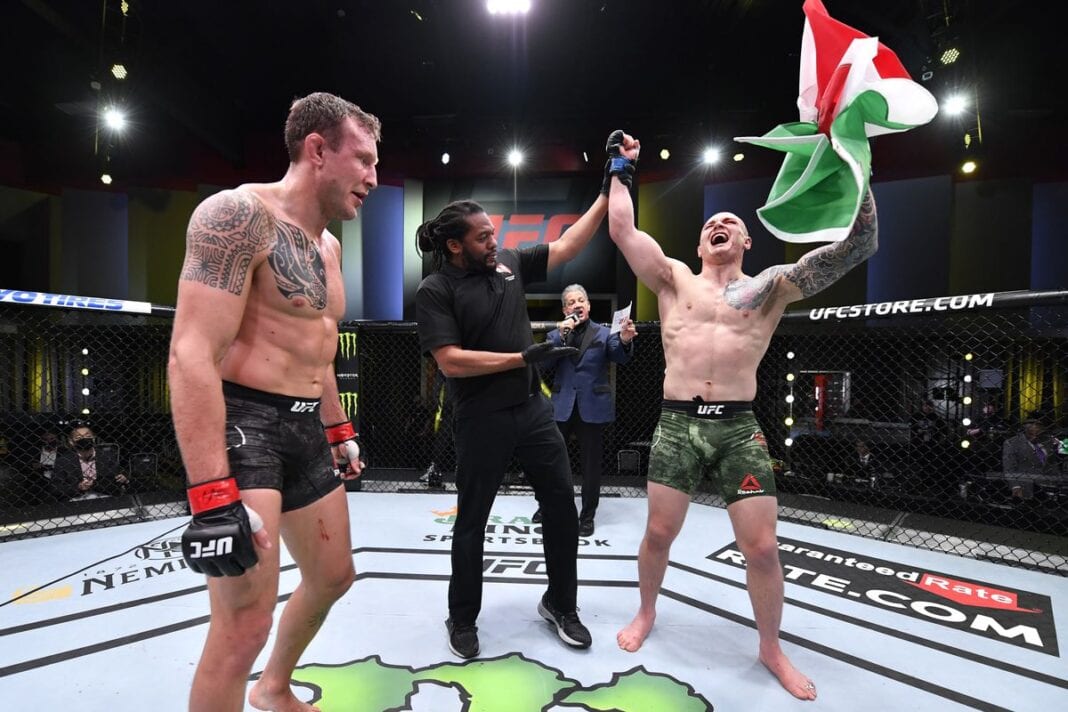 Top middleweight contender Jack Hermansson has confirmed he suffered a “broken eye socket” in his five-round decision defeat at the hands of Marvin Vettori at UFC Vegas 16. ‘The Italian Dream’ seized his short-notice opportunity opposite the #4 ranked middleweight Hermansson last night.

Vettori dropped Hermansson with a left hand early, and briefly threatened with a guillotine as the Swede survived the first-frame. In round two he was able to dictate the pace and out grapple Hermansson. ‘The Joker’ enjoyed much more success in round three and it looked like the tide was turning. However, a fired up Vettori emerged for round four and both men went to war. It was more of the same from Vettori and Hermansson who let it all hang out in the final round before the judges awarded Vettori the unanimous decision win.

Following his defeat, Hermansson looked pretty busted up and was transported to the hospital where it was confirmed he suffered a broken toe and orbital bone. ‘The Joker’ took to social media from his hospital bed to confirm his injuries and thank his fans for their unwavering support.

“Broken toe and broken eyesocket but not a broken spirit,” Hermansson wrote. “The goal remains the same Thank you for your support. #thejokerdominates”

Who do you think Jack Hermansson should fight next after this loss?