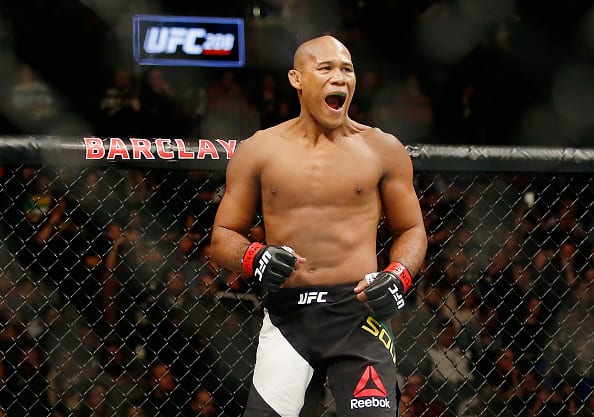 Israel Adesanya turned a lot of heads over the weekend (Sat. November 3, 2018) at Madison Square Garden.

“Style Bender” made easy work of Derek Brunson to open up the UFC 230 pay-per-view (PPV) card. The young striker established himself as a rising title contender at 185 pounds. However, he wasn’t the only middleweight who had a big night in New York.

Ronaldo “Jacare” Souza also picked up an impressive victory of his own. The Brazilian knocked out Chris Weidman in the third round of their co-main event bout. Souza was likely down on the judges’ scorecards heading into the third round and was able to pick up the finish.

Many predict the next match-up to be made is a title eliminator between Souza and Adesanya. If that’s the case, Souza doesn’t seem to be too worried. Speaking to MMA Fighting recently, the former Strikeforce middleweight champion admitted he wasn’t impressed by Adesanya’s performance at UFC 230:

”He did a nice job. But what he did, I did better, and twice — and I’m not even a striker —, so what he’s saying makes no sense.

“He’s talking crap. Well, (Adesanya) is good, excellent, has a phenomenal future, is a phenomenal athlete, has a good game. But he didn’t impress me, no, because I did better than him. Twice.”

It’s believed that fight will take place from Whittaker’s backyard of Melbourne, Australia on February 10, 2019, at UFC 234.