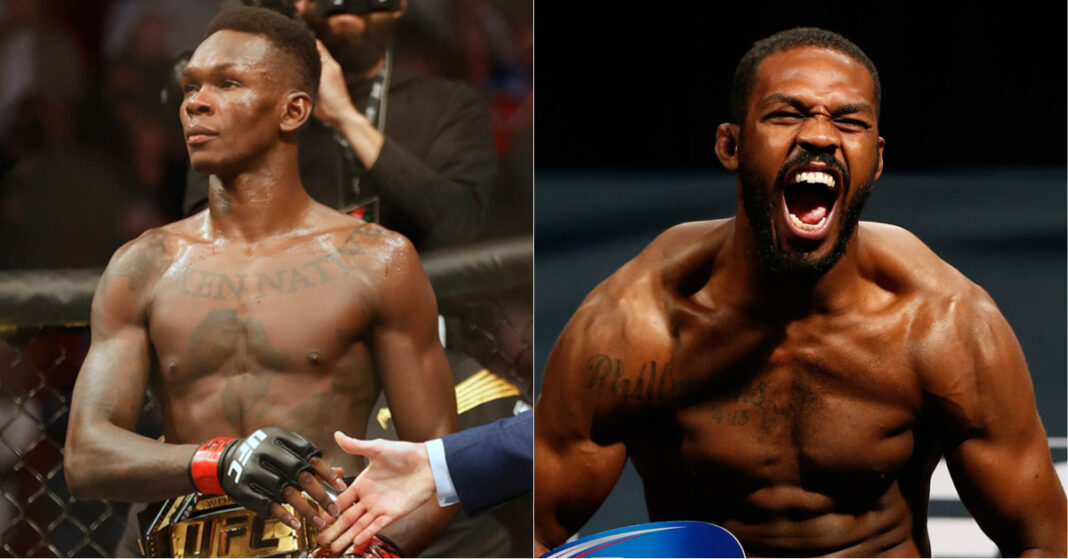 In an interview uploaded to ‘The Rock’, 185lb king, Israel Adesanya sat down ahead of his UFC 276 fight against Jared Cannonier.

Towards the end of the interview, ‘Stylebender‘ was asked how he is dealing with his newly found fame and how he is coping with the new situations he finds himself in. During his answer, Adesanya would make reference to him making mistake, then taking a subtle jab clearly aimed at Jon Jones.

“I’m living a crazy life,’ Israel Adesanya said. “It is crazy. I’m still learning. I’m still human, and I make mistakes, but I never make the same mistake more than once. I learn from my mistakes. That’s the difference between me and all the people who end up on TMZ. So, yeah.”

For the past couple of years, we have been witness to the ongoing beef between two of the best talents the UFC has ever seen in Adesanya and Jones. Even before Adesnaya had grabbed the title from Robert Whitaker in 2019, a rivalry had started brewing, seemingly without much venom.

“So this guy unfollowed me,” Adesanya said in October 2019. Then he came out on TMZ and dropped my name first, that’s when I was like That’s why I did that. Cause then he saw I wanna fight this guy. He then put me as an opponent in his mind. He was a fan. He is still a fan. He loves what I do.”

What at first was a harmless back and forth, has now snowballed into what seems like genuine dislike of one another. Whether it be in interviews or on social media, the pair don’t hold back on one another such as Jones saying that Adesanya ‘would’ve got ground and pounded to death.’

Adesanya has also been very vocally critical after jones was recently arrested on domestic violence charges, tweeting on Valentine’s days-