LowKickMMA.com
Home UFC News Israel Adesanya reveals who he believes will be the next best thing... 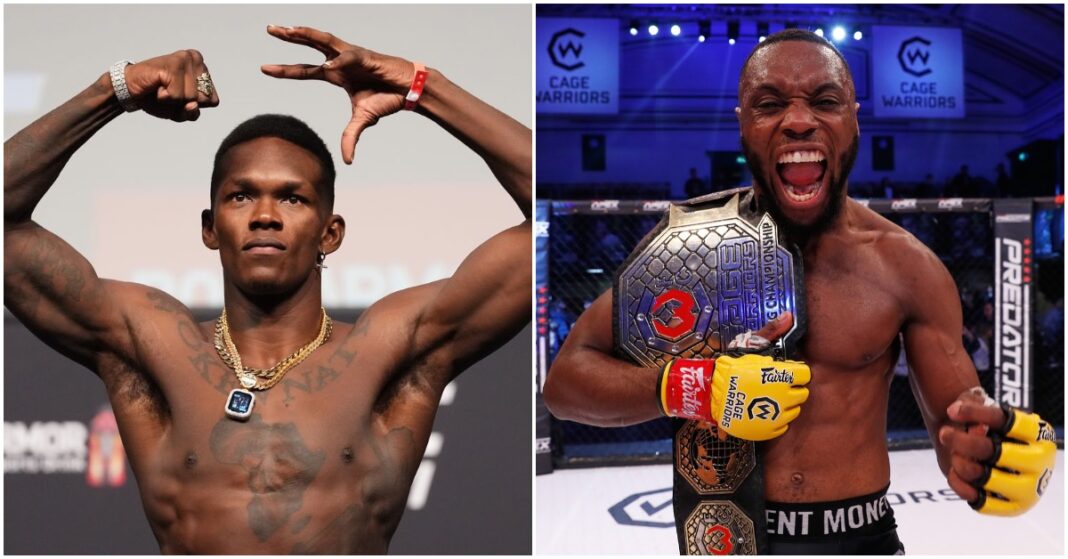 UFC’s Middleweight Champion, Israel Adesanya (21-1 MMA) recently revealed on his YouTube channel the one fighter he believes the UFC sign next.

In the video, the 32-year-old breaks down the upcoming UFC 274 pay-per-view, before being asked ‘’Which fighters from other organizations do you want to see in the UFC?”

Adesanya was quick to mention who he had in mind, giving a multitude of reasons on why he believes the style of this individual would translate well to the UFC.

“Dom Wooding, from those ends … He’s UFC caliber trust! He’s one of my favorite fighters to watch, his bounce, his slick boxing, his flying knees, the way he flows. I love his style.”

Why does Adesanya believe Dominique Wooding to be the UFC next star?

Dominque Wooding (9-4 MMA) is the current Cage Warriors Bantamweight Champion, although, that might not be the case for much longer, as the 25-year-old has been rumoured to have his bags packed already for his UFC debut.

Wooding is currently riding a three-fight win streak and has been calling for his shot at the UFC for some time now.

‘The Black Panther’ recently posted to his social media, where he proposed a bout against Cameron Else (10-6 MMA), in what would see him debut in his home country at UFC London in July.

Do you agree with Israel Adesanya?