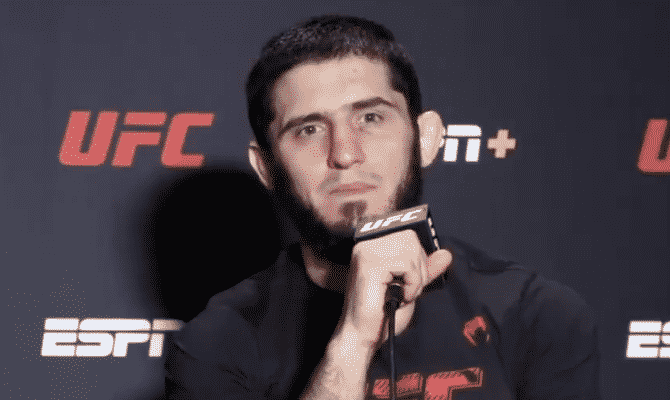 Makhachev made it eight wins in a row after a dominant performance over Thiago Moises as he eventually got the fourth-round submission victory in the UFC Vegas 31 headliner.

In the post-fight interview, the Dagestan native called for a fight with Rafael dos Anjos. However, he would have other names in mind as well.

Who would be his ideal fight? Well, Makhachev clearly can’t make up his mind as Tony Ferguson was one answer.

In another interview, Michael Chandler was his top pick.

However, it does seem to be edging towards the No. 4-ranked Chandler as Makhachev — who believes it’s an interesting fight — even got to tell it to the former title challenger directly who was an analyst in the studio.

“Chandler, if you hear me, let’s go, let’s do this. You come from Bellator, I want to check your skills,” Makhachev told him.

Chandler was all praise for his performance and responded by saying “we’ll see what happens.”

Who should be next for Makhachev?