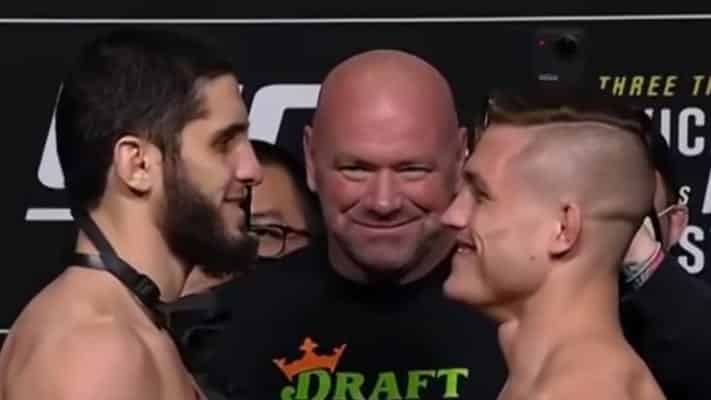 Next up on the UFC 259 main card is a lightweight tilt between Islam Makhachev and Drew Dober.

Round 1: Dober opens with a couple of leg kicks. Makhachev grabs a single and gets Dober down just over a minute in. Makhachev is in the half guard as he lands some strikes from the tops. Makhachev gets into full mount but Dober gets him back to half guard. passes to side control. Dober scrambles but can’t escape as Makhachev takes his back. Makhachev quickly transitions to an armbar but Dober survives until the end of the round.

Round 3: A repeat of the first two as Makhachev gets Dober down again though the latter may have pulled guard this time. Makhachev starts to get aggressive with the ground and pound as Dober looks to land strikes from the bottom. Dober threatens with a kimura but loses it. Makhachev submits him with an arm triangle soon after!