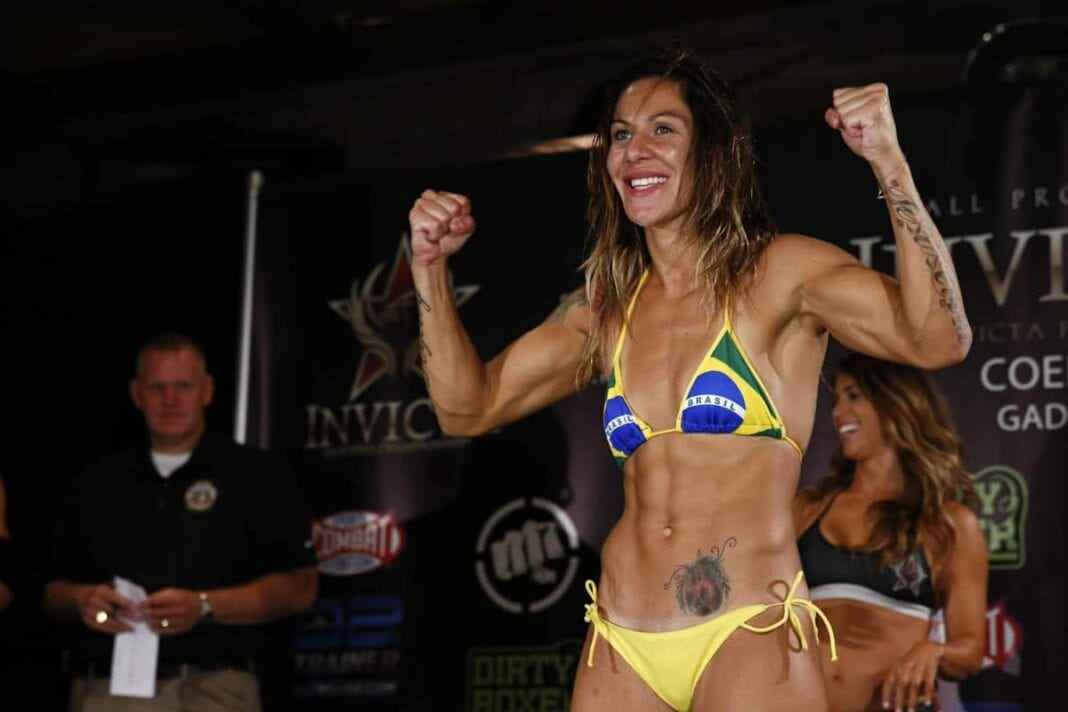 The weigh-ins for tomorrow night’s (Fri., February 27, 2015) Invicta FC 11 from the Shrine Auditorium in downtown Los Angeles are in the books and the headlining featherweight bout between champion Cristiane ‘Cyborg’ Santos and Charmaine Tweet is official.

Both fighters made weight for the strawweight co-main event, with Alexa Grasso coming in at 115 pounds and Mizuki Inoue weighing in at 115.25 pounds.

The only fighters who missed weight were on the same bout, as Norma Rueder Center came in at 116.8 pounds and DeAnna Bennett weighed 116.2 pounds for their strawweight affair on the main card. Both fighters will have two additional hours to lose less than a pound to make the non-title strawweight limit of 116 pounds.

The full results of the Invicta FC 11 weigh-ins are below, with video to follow: