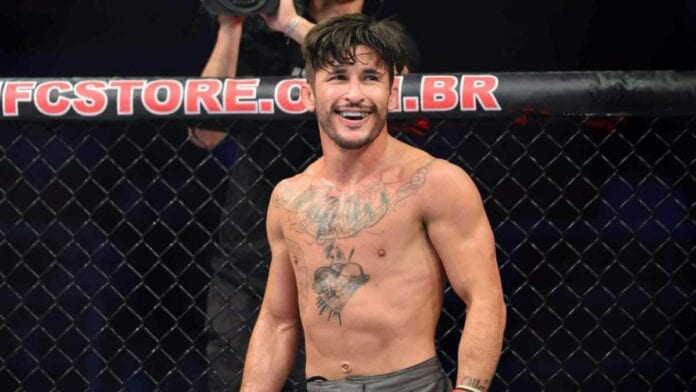 The card has been filling up quite quickly with marquee matchups as the UFC recently announced that top lightweight contender Michael “Menace” Johnson would square off with Beneil Dariush in the co-main event, while top women’s bantamweights Sara McMann and Amanda Nunes would also meet on the main card.

It looks as if the promotion isn’t done yet, as MMAJunkie has confirmed that a 125-pound tilt between No. 4-ranked Ian “Uncle Creepy” McCall and No. 11-ranked Dustin Ortiz has also been added to the growing card.

McCall is widely regarded as one of the best fighters in the division and has won two out of his last three bouts despite recently dropping a decision loss to now bantamweight-bound John Lineker at Janaury’s UFC 183. “Uncle Creepy” will look to get back to his winning ways and work his way back to a title shot come August.

Ortiz has also won two out of his last three, dropping a decision in his last bout to multi-time challenger Joseph Benavidez. He will look to bounce back from his last loss, but will not be facing any lesser competition, as he continues to take on the elite at 125-pounds in hopes of making a statement.

Check out the full UFC Fight Night 73 lineup below: