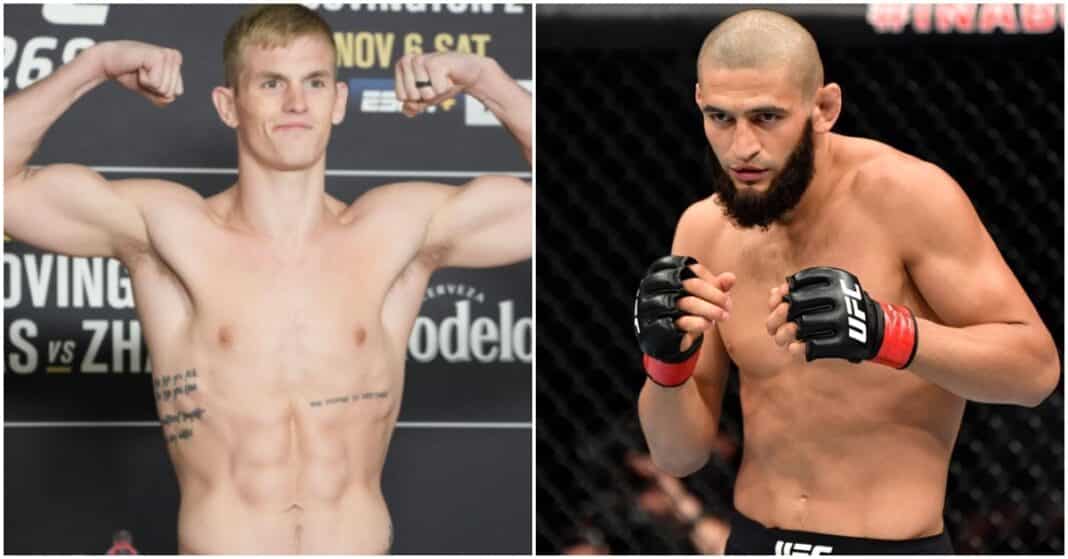 Ian Garry has just made his promotional debut, but the 23-year-old already has one eye on UFC gold and he predicts he’ll eventually face Khamzat Chimaev for the welterweight title.

‘The Future’ struggled to get going against Jordan Williams at UFC 268 but was still able to close the show inside one round by countering his opponent with a picture-perfect right-hand before scoring a walk-off KO.

Garry admitted post-fight that his win over Williams was not his best work but went on to say getting the victory is all that really matters.

“Tonight, was it the cleanest performance? No, but did I do what I said I was going to do? Yes. So, that’s all that matters,” Garry said. “I’m going to keep doing that and people are always gonna say ‘oh I can beat this guy’, so do it. Let’s see it. Give me the guy that’s going to do it.

In the UFC 268 main event, Kamaru Usman defended the 170lb strap in a five-round war with Colby Covington. At the post-fight press conference, Garry explained that by the time he reaches title contention Chimaev will have succeeded Usman as champ.

“The only two people that I can think are gonna do it right now are Khamzat and Kamaru [Usman], because they’re the two guys who are the s*** at the moment,” Garry said.

“Kamaru’s the champ, Khamzat is going to be the champ, then it’s going to be me and Khamzat fighting for that belt in a couple of years. Potentially for both belts, as he fights at middleweight too.” (Transcribed by Mirror Fighting)

What’s Next For Ian Garry?

Ahead of his UFC debut, Garry sat down for an interview with us and spoke about what could be next with a successful win over Williams.

“Look, depending on how fast this fight finishes we’ll see what’s up,” Garry told LowKickMMA. “You know that December 11th card (UFC 269) looks pretty tasty. So, maybe we could do a quick one at that but in reality and being smart I think the best decision is to probably wait until March 2022.”

The Irishman is dead set on maintaining the perfect record he stretched to 7-0 at UFC 268 for as long as possible.

Do you think Ian Garry and Khamzat Chimaev will eventually square off for UFC gold?