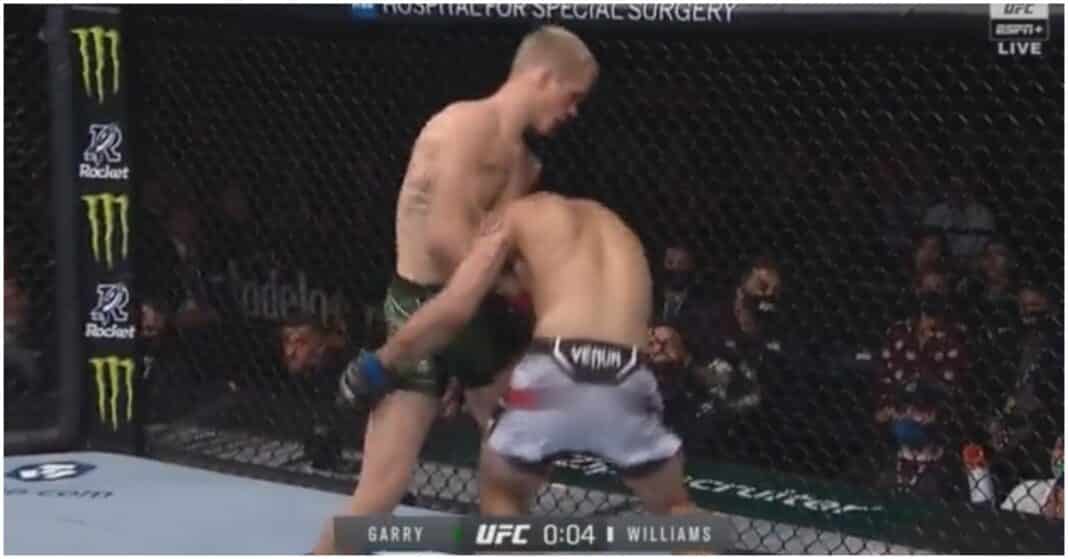 Ian Garry stretched his undefeated record to 7-0 in his promotional debut at UFC 268.

In the first round, he was beaten to the punch by Jordan Williams as he looked for the counter.

As the final few seconds of the opening frame ticked away, Garry slid back and uncorked a beautiful shot that rocked Williams badly. The Irishman followed up with several shots that put his man on the floor. ‘The Future’ didn’t even bother to jump down to land more damage, the fight was over – check out the highlights below.