With an improbable three straight losses, Holly Holm never needed a victory more than when she met Bethe Correia in the main event of today’s (Sat., June 17, 2017) UFC Fight Night 111 from the Singapore Indoor Stadium in Kallang, Singapore.

And she got just that.

Holm used her trademark kickboxing to find an opening on a clowning Correia in the third round, absolutely melting her with a picturesque question mark kick that left no need for the follow-up shots Holm landed on an obviously out-of-it “Pitbull.”

It was the kind of statement Holm needed to make in a fight she was supposed to win, and it should instantly reinsert her back into a women’s bantamweight title picture that’s struggling for contenders. Watch the video highlights of Holm’s huge head kick KO courtesy of ESPN here: 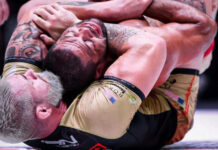 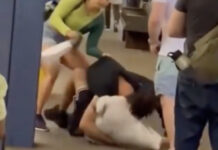 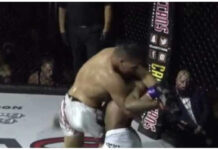