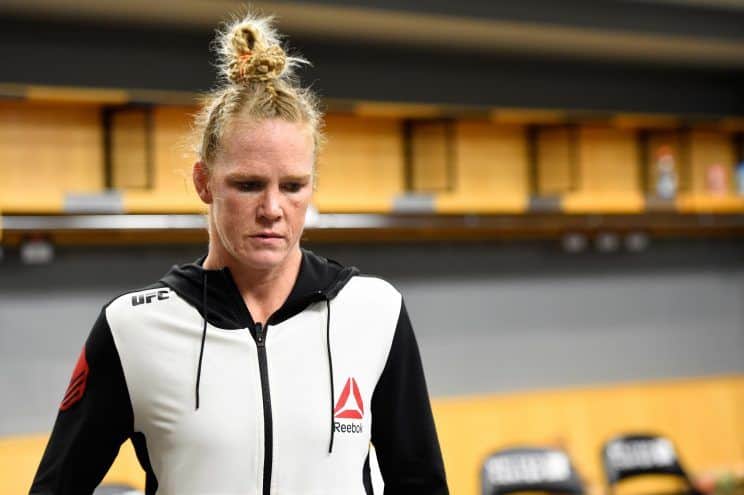 The blockbuster UFC 235 pay-per-view card took a bit of a blow earlier today as UFC President Dana White revealed Holly Holm vs. Aspen Ladd is off the card.

White broke the news at the UFC 235 press conference that aired earlier today (Jan. 31, 2019). He also indicated that the promotion is looking to find new opponents for each woman. That, however, is all the information White revealed.

ESPN’s Brett Okamoto was on hand to break the story.

Breaking news: Holly Holm vs. Aspen Ladd is off UFC 235. Dana White says they’re working on other fights for both.

Holm last competed at UFC 225 where she defeated Megan Anderson via unanimous decision. The fight with Ladd was thought to possibly be a number one contender’s bout.

As for Ladd, the 23-year-old bantamweight has been perfect thus far in her young career going 7-0 as a pro. She most recently took out women’s MMA pioneer Tonya Evinger via ground and pound at UFC 229.