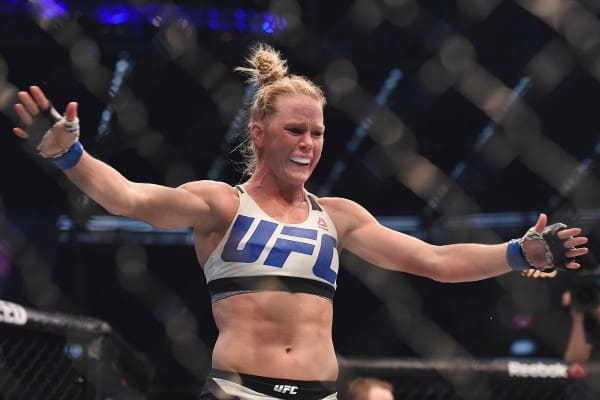 “The Preacher’s Daughter” has shocked the world.

There was a lot of movement between both fighters at the start of round one. Holm landed some accurate strikes. Rousey connected with a right hand as Holm backed away. “Rowdy” was able to push Holm against the fence, but failed to get a takedown. “The Preacher’s Daughter” stepped in with a left hand, but Rousey took her down. Holm was able to avoid a submission attempt and the two returned to the feet. Holm found a home for the oblique kick. Rousey kept eating shots from the challenger. Holm got a body lock and got a brief takedown on the champion. Round one easily belonged to “The Preacher’s Daughter.”

Holm tagged Rousey early in round two and connected with a side kick to the body. Holm caught Rousey with a thunderous head kick and the champion was dethroned.