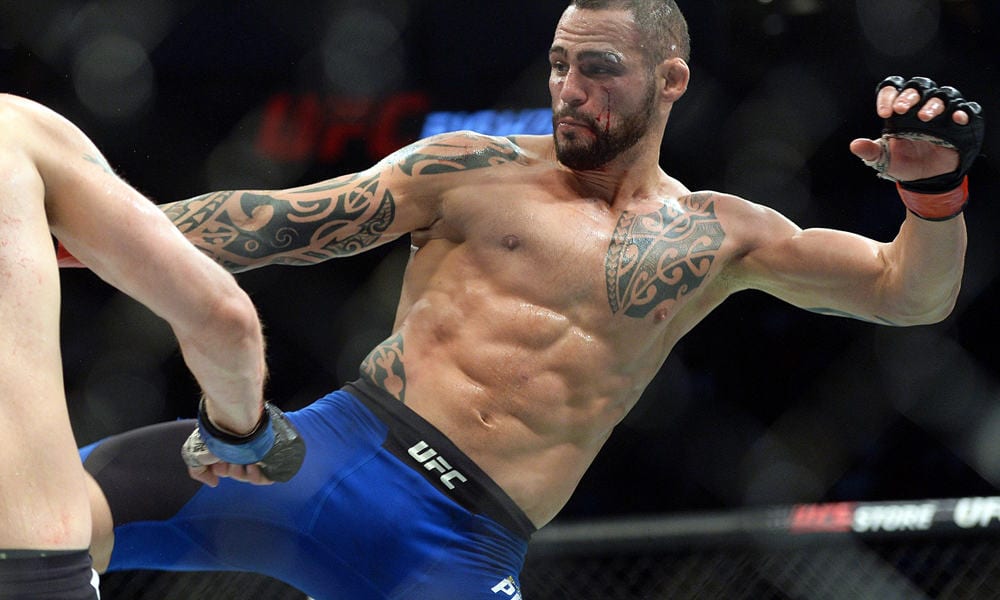 It was billed as an entertaining “Fight of the Night” candidate, and the bout delivered early with Perry landing some big, thudding shots early while “Gente Boa” stayed more technical on the outside with his footwork and accurate jabs.

Perry landed his trademark power shots in the second as well, and indeed Ponznibbio appeared to be in early trouble in the frame. But Ponzinibbio was able to keep up a high pace of low kicks, following it up with some great left hooks, combinations, and a spinning backfist. Perry was in trouble but fought back with big shots at the very end of the frame as it evolved into an all-out war.

The third saw “Platinum” land a good jab to which Ponzinibbio responded with a few of his own. Perry poured it on with a huge shot that rocked Ponzinibbio, but “Gente Boa” dropped him with a picture-perfect spinning backfist to score a much-needed takedown. Perry got up but Ponzinibbio pressed the action against the cage and took Perry down again. The Brazilian contender closed it out with a flurry including a big head kick, and the judges ruled the bout a unanimous decision in favor of Ponzinibbio.

Watch the highlights of his latest win including the vicious backfist right here: