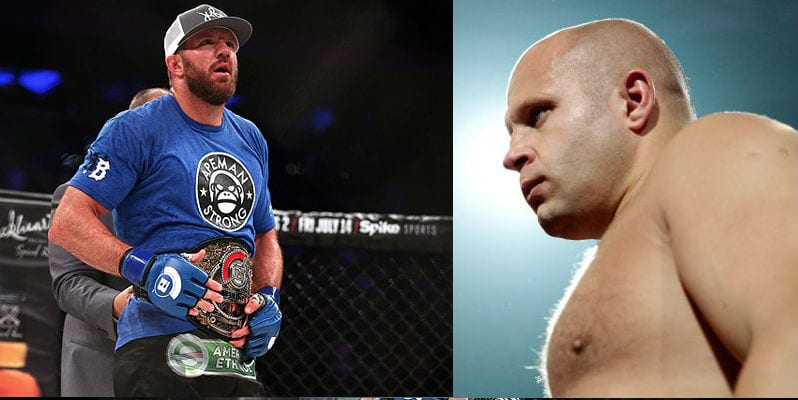 Bader, who already held the promotion’s light heavyweight title, did what most people expected him to do Saturday night at The Forum in Inglewood, Calif. The surprising part is it only took Bader 32 seconds to knock out Emelianenko.

This is the best case scenario for the Viacom-owned promotion. They now have a certified “champ-champ” to rival the UFC.

That being said, it’s unknown at this time if Bader will defend both titles going forward. When pressed about that very thing during his post-fight interview with John McCarthy, Bader said he would have to get with his team and see what Bellator President Scott Coker wanted to do.

Regardless, Bellator MMA has their first “double champ” and his name is Ryan “Darth” Bader. Whether or not he defends both belts is another question entirely.