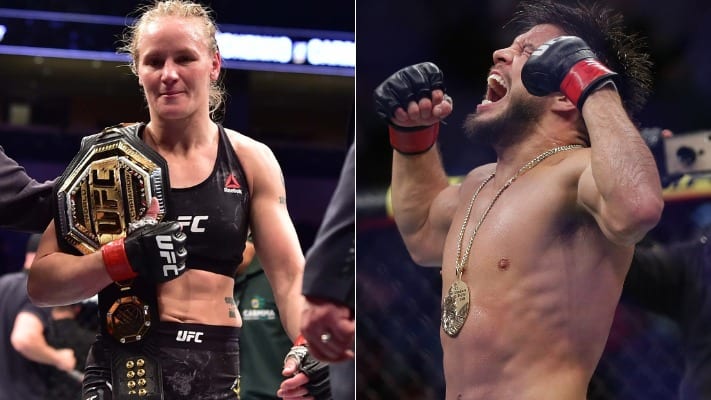 Crazy fights seem to be a part of mixed martial arts now and Henry Cejudo vs. Valentina Shevchenko certainly qualifies.

Following Shevchenko’s flyweight title defense over Liz Carmouche in the main event of UFC Uruguay this past weekend, Cejudo proceeded to call her out for an intergender fight. “Bullet” along with UFC president Dana White and others have since responded while not taking the callout seriously.

However, oddsmakers are certainly entertaining the fight. According to Best Fight Odds, Cejudo is unsurprisingly a heavy betting favorite at -1100. Shevchenko, meanwhile, is a +650 underdog.

Of course, that doesn’t mean a fight between the two will ever happen. Oddsmakers provide odds for all sorts of crazy fights, including Tom Cruise vs. Justin Bieber for example.

However, crazy things have happened in the past like Conor McGregor competing in a boxing match with Floyd Mayweather. But surely the UFC isn’t that crazy?

What do you think of the odds for a Cejudo vs. Shevchenko fight?