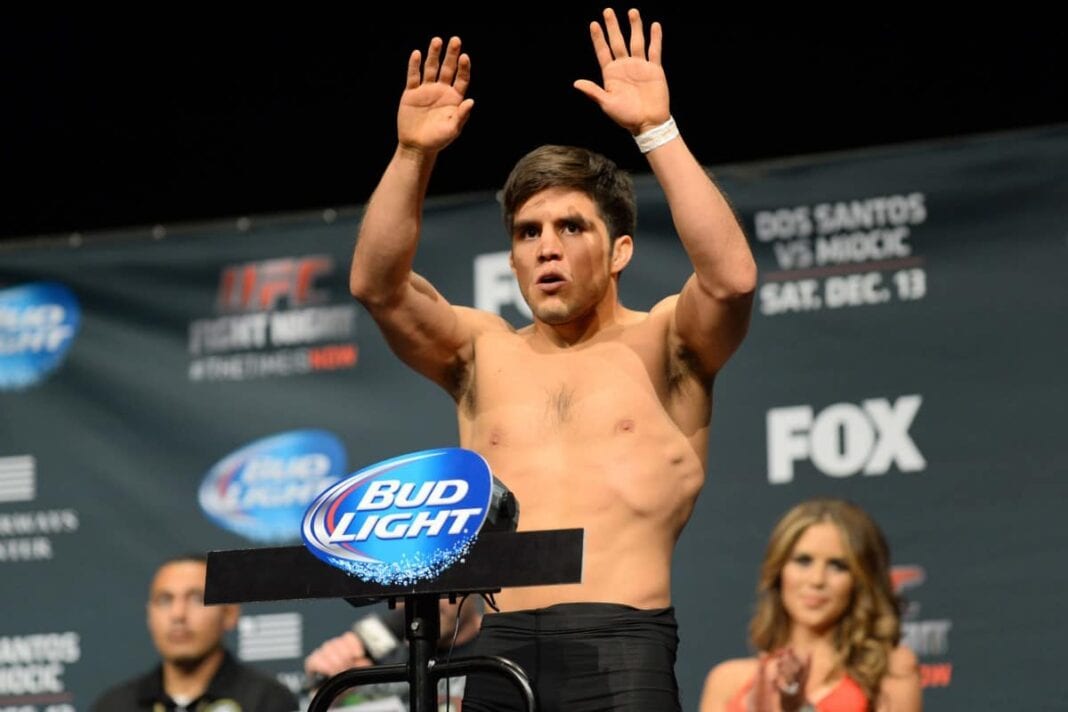 Olympic gold medalist Henry Cejudo finally made the flyweight division weight limit before his UFC 185 bout against Chris Cariaso, and he capitalized by taking it to the former title contender with a dominant unanimous decision.

Now he’s parlayed that newfound success into a bout where his heritage is rooted on June’s UFC 188 pay-per-view (PPV) from Mexico City.

Ariel Helwani revealed on last night’s UFC Tonight that Cejudo had indeed been granted a slot on the upcoming card, although his opponent has not been officially announced. Initial speculation has him facing talented striker Chico Camus, however.

Cejudo made his UFC debut by destroying bantamweight Dustin Kimura over three rounds at last December’s FC on FOX 13 from Phoenix. He was supposed to make his Octagon debut at last August’s UFC 177, but medical complications with his weight cut forced him off of the bout and back to 135 pounds for the time being.

The 2008 Olympic winner in freestyle wrestling has had well-documented issues with making flyweight dating back to numerous problems in Legacy FC, and was able to retool his diet in order to not only make 126 pounds, but the title fight limit of 125 prior to facing Cariaso.

If his weight cutting issues are truly a think of the past, Cejudo will certainly be a force who should be on a fast track to a shot at dominant divisional champion Demetrious “Mighty Mouse” Johnson, especially given the currently contender-starved climate at flyweight.

Johnson has recently remarked that he doesn’t believe the UFC will give a potential star like Cejudo the most challenging road to a title shot. Would Camus fit that bill at UFC 188?