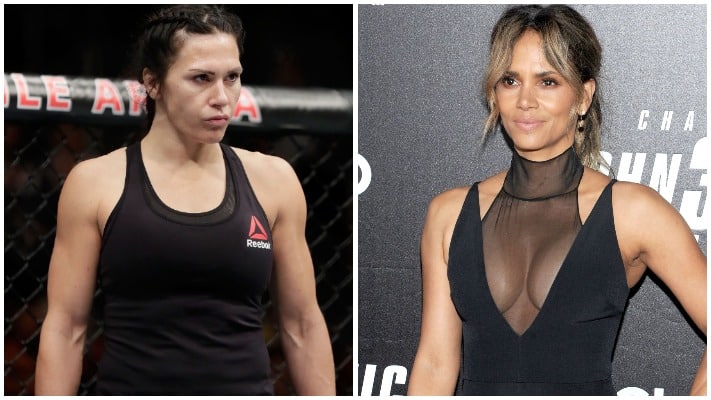 ‘Alpha’ claims Berry offered her a role in her latest movie ‘Bruised’ only to be snubbed after turning down a “big fight” to take part in the project.

According to the lawsuit, obtained by TMZ, Zingano claims she met with Berry in July 2019 to talk about the MMA movie. The conversation went well and ended with the Oscar winner telling Zingano she was perfect for the project.

The bantamweight fighter, who now competes in Bellator, was told to keep her schedule clear as filming would soon commence. However, the UFC soon came calling with a big fight offer and Zingano agonized about if she should accept the bout or feature in Berry’s movie.

On the advice of Berry, Zingano turned down the fight offer and was subsequently released by the UFC. After filling the Hollywood superstar in on her release from MMA’s premier promotion, Zingano claims she was cut from the movie. Berry told her that the movie could only work with UFC fighters.

Since then, Berry has cut off all communication with Zingano who is suing for damages after getting screwed because Berry failed to keep her promise.

Do you think Cat Zingano has grounds to sue Halle Berry?