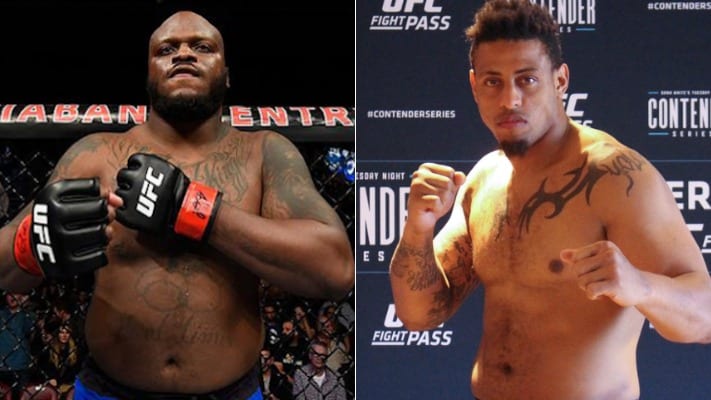 Daniel Cormier will defend his UFC heavyweight title against Derrick Lewis. It’s a bout former NFL star-turned-mixed martial artist, Greg Hardy, will be keeping a close eye on. Despite not yet being in the UFC, Hardy took to Instagram to call out “The Black Beast”:

“Ok ok ok, it’s about to go down baby. Who do you guys have. Let’s argue lol.

“I want The Fat beast to win so I can go show him a run in with me is broken bones and blood not bruises for that strap lol.#peaceintheviolence #princeofwar a prince can dream can’t he.

Hardy is set to compete on UFC Fight Pass for Island Fights 51 on December 21st. If he wins his fight, he has a shot at being signed by the UFC. Hardy is likely taking aim at Lewis for “The Black Beast’s” past comments about him. Several years ago Hardy was charged with domestic violence, which has shadowed his accomplishments inside the cage.

Lewis, who has been vocal about his disdain for those who have abused women, recently said he’d like to knock out the “wife beater”:

“He’s a wife beater, I’d like to get in there with him,” Lewis said. “I like knocking wife beaters out. I’ll fight Greg Hardy. It’ll be like vice versa him beating on a woman. I’ll be beating him like he was a woman.