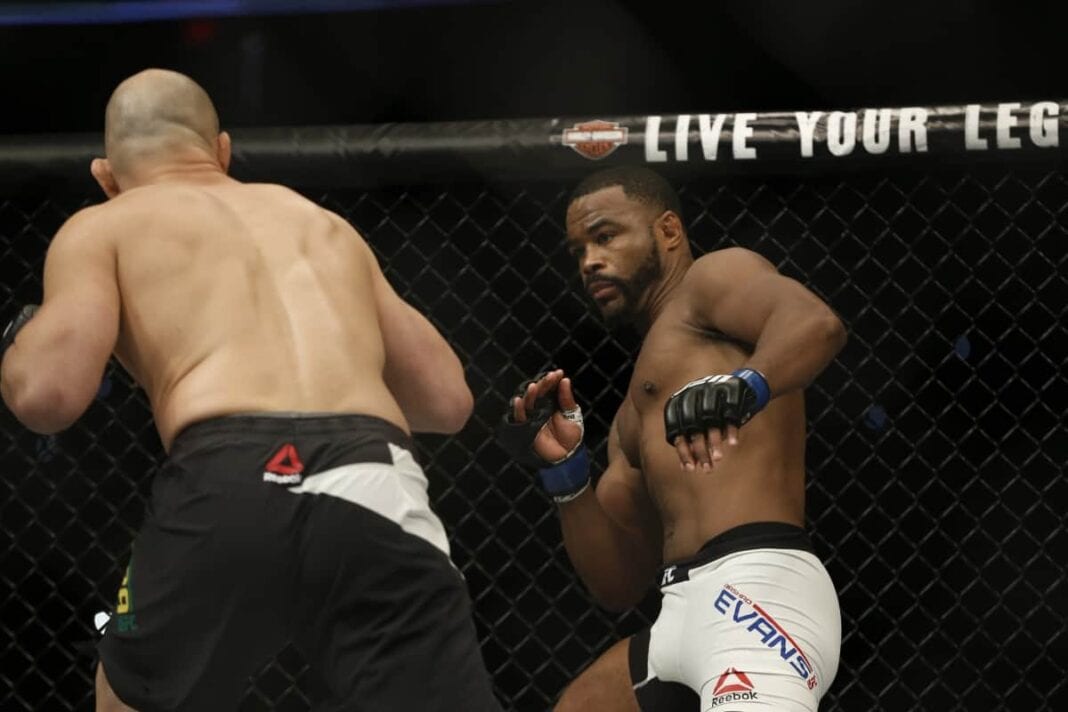 Glover Teixeira was looking for arguably the biggest win of his career when he met Rashad Evans in the main event of tonight’s (Sat., April 16, 2016) UFC on FOX 19 from the Amalie Arena in Tampa, Florida.

And he got just that in electrifying fashion.

After pressuring the former champion up against the cage in the early going of the bout, Teixeira secured his third straight win by finishing off ‘Suga’ with a picture-perfect left hook right on the chin and a huge follow-up shot that left Evans out cold on the canvas as referee Herb Dean mercifully stepped in to stop the carnage.

It was the statement win that the No. 4 Teixeira needed to firmly re-supplant himself among the top 205-pound talent in the world, and he should be headed for a truly huge fight after calling out fellow former title contender Anthony “Rumble” Johnson after the huge finish.