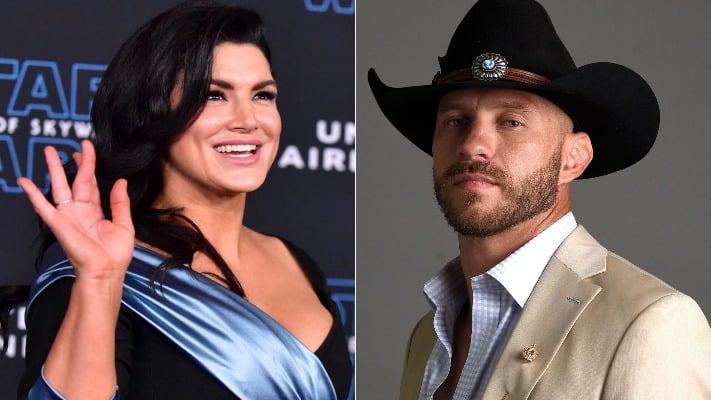 Gina Carano has booked her second feature role after her exodus from Disney.

The pioneer in women’s mixed martial arts moved into acting following the conclusion of her fighting career. After having some success in films such as Haywire and Deadpool, Carano broke into the mainstream with her role as Cara Dune in Disney’s The Mandalorian. However, following a series of controversial social media posts from Carano, Disney decided to cut ties with the fighter-turned-actress.

Shortly after her ousting, Carano inked a deal with conservative news website The Daily Wire to star in White Knuckle. The film is based off of the novel of the same name written by Eric Red, who also penned the script for the 1986 cult classic The Hitcher. While that movie is still expected to take place, filming has been delayed until 2022.

In the meantime, Carano will shift her efforts towards another collaboration with The Daily Wire. Terror on the Prairie is said to be about a family fighting back against a group of outlaws who terrorize them on their newly built farm in the great plains of Montana. Filming is set to take place in Montana, with Dallas Sonnier (Bone Tomahawk) producing and Michael Polish (Northfolk, The Astronaut Farmer) directing.

UFC veteran Donald Cerrone is also expected to have a starring role in the film. ‘Cowboy’ has been slowly venturing into acting, appearing in the Netflix projects Godless and Spencer Confidential, and most recently appearing in a blink-and-you-miss-it cameo in Cop Shop.

The Daily Wire first moved into the entertainment industry with their acquisition of the controversial film, Run Hide Fight. They would sign Carano to an overall deal shortly there after.

Terror on the Prairie will be released exclusively to members of The Daily Wire website sometime in spring 2022.

Are you going to watch the new Gina Carano movie? Let us know!