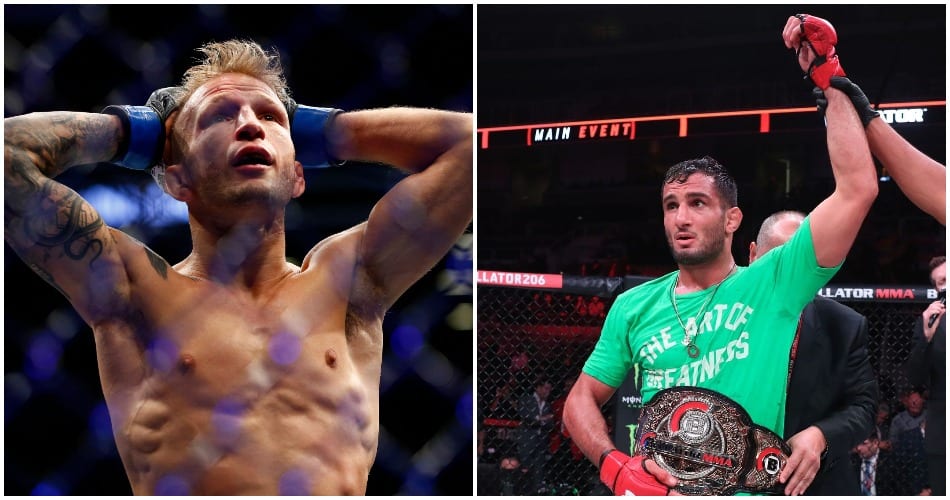 Dillashaw vacated his bantamweight title earlier this year before it came to light that he had tested positive for EPO. He was later suspended by the United States Anti-Doping Agency (USADA) for two years. Most recently, he claimed he cheated in order to make the weight for his flyweight title fight with Henry Cejudo.

However, Mousasi, who has been against the use of steroids in the sport, believes Dillashaw was cheating long before his last fight:

“The stupidity of fighters, knowing that they’re gonna get tested and they still do it,” Mousasi told theScore. “It shows how desperate they are, so it’s usually a sign that people have been abusing it before, that they don’t feel they can do it without it.

“And TJ Dillashaw, for a long time it was suspicious that he did steroids. And after USADA came, he still did it. They didn’t catch him the first two times, but eventually they caught him.“

Despite the introduction of USADA, fighters continue to regularly test positive for banned substances, whether intentionally or unintentionally.

And Mousasi believes fighting with an advantage is essentially the same as stealing from an opponent – which is why he feels the punishment for cheating should be much heavier:

“You know, there’s nothing to say about those guys,” Mousasi explained. “You know, if you win a fight, you deserve it, you know, it’s yours. But let’s say, if you do steroids or you do some different things and you win it, then you steal something from the other guy. That’s the way I see it. That’s a whole different feeling. Even if the guy could beat him without the steroids. But once you’re on it, you feel like you’re stealing from the other guy.

“It’s in the rules, no steroids. It’s the same as don’t go through a red light, don’t kill anybody. It’s a rule and if they don’t follow it, they should be punished and not very lightly, I feel, a lot heavier.”