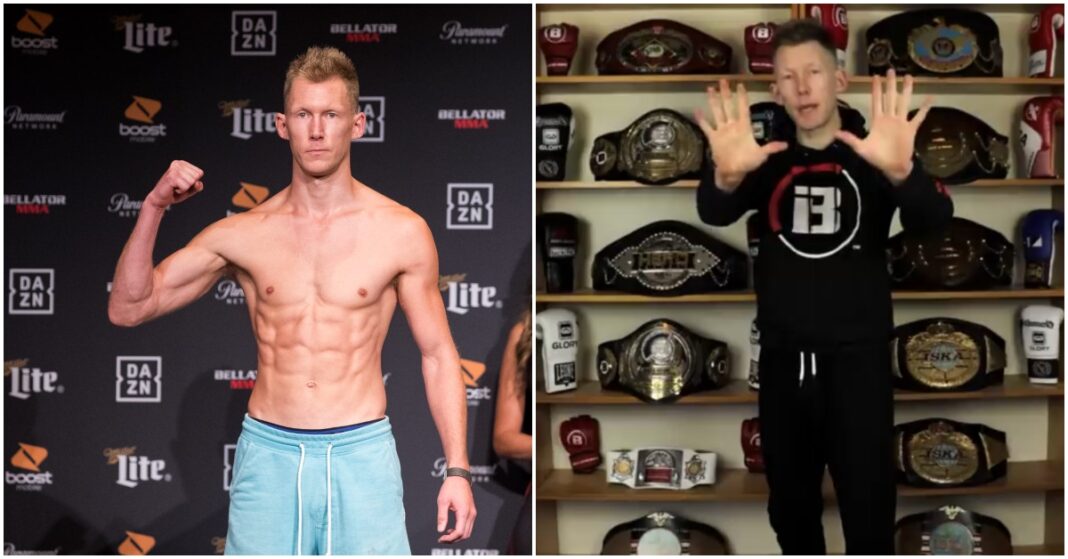 Canadian mixed martials artist and world kickboxing champion, Gabriel Varga shares his five best tips on how to defend yourself in the street.

Varga, who is now signed to Karate Combat but previously fought in Bellator, has decades of fight experience. In his latest YouTube video, the Canadian discusses how to best defend yourself on the street but urges everyone to deescalate the situation when it’s possible.

Varga’s first step is to create distance between you and the aggressor while also making it trying to calm the situation down.

The second piece of advice is to start talking, stay calm and firmly tell the other individual that you do not want to fight.

“In my experience, this effectively works,” Varga says, “but again, it’s all about not coming across aggressively if I start screaming at this guy, that’s an invitation to fight.”

His third piece of the to try to utilize a fast kick to the groin or thigh may give you enough time to exit the situation.

“Most people don’t have the conditioning to take a low kick, and then you can leave,” Varga explained.

In tip number four, Varga explains that if it gets to the point where someone is charging, you are better off throwing palm strikes rather than a close fist to avoid a broken hand. It’s essentially the exact same power as a punch.

“I can throw it really hard but I’m not going to break my hand. That should shut things down very fast, again it can give you that opportunity at that point to leave.”

The final piece of advice, Varga demonstrates how to block strikes by extending your arm with your elbow bent and fingertips pointing to the sky. This is to ensure that you are blocking it at a distance away from your heady rather than you would traditionally with your hand glued to the side of your head.

Do you agree with Gabriel Varga’s tips?