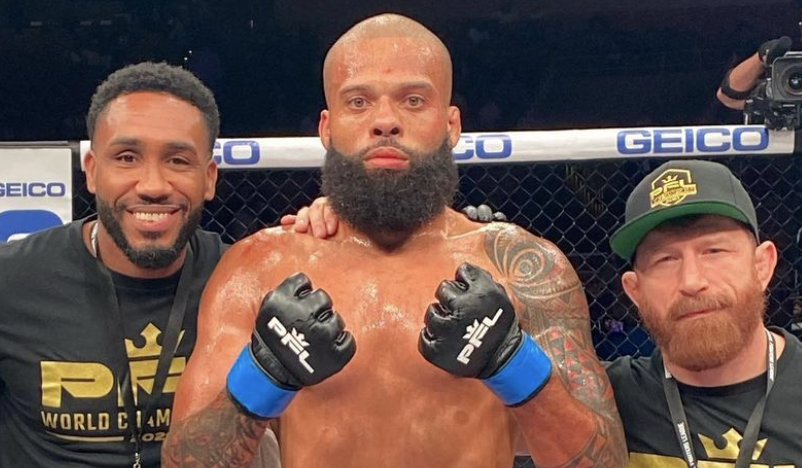 Light heavyweight fighter Jordan Young has passed away at the age of 27.

The news was announced by his boxing coach Derik Santos on Saturday. There is no clear cause of death at the time of writing for the former Bellator and PFL fighter who fights out of American Top Team.

The PFL and American Top Team would confirm his death on Sunday as they posted tributes for Young.

“It’s with a heavy heart, we have learned about the passing of our teammate Jordan Young. Our team is shocked and deeply saddened by this news. A great teammate, he will be deeply missed by all of us. Thoughts and prayers to his family. RIP to this warrior 🙏”

“PFL is saddened to learn about the passing of Jordan Young. Our thoughts and prayers go out to his friends and family during this tragic time. May he Rest In Peace.”

Jordan Young Was A Promising Prospect

He started off his career with a 10-0 record which included six straight wins in Bellator. He would then suffer his first career defeat to Julius Anglickas in a unanimous decision at Bellator 233 back in November 2019.

Young would then join the PFL where he was again outpointed, this time by former UFC fighter Tom Lawlor in June this year. However, he would bounce back with a TKO win over another UFC alum in Omari Akhmedov at the PFL Championships in October.

May Jordan Young rest in peace. LowKick MMA sends thoughts and prayers to his family.