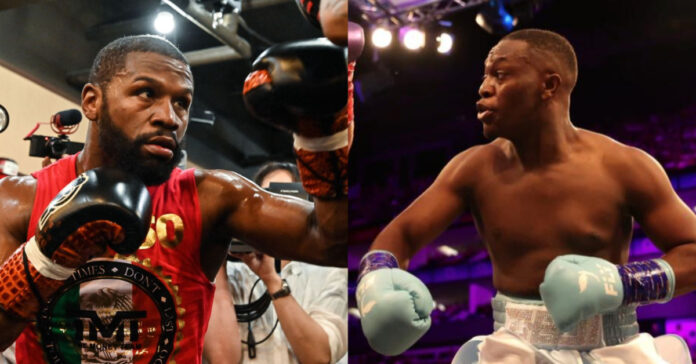 Floyd Mayweather is officially set to take on Youtuber ‘Deji,’ on November 13 in Dubai in an event ran by ‘Global Titans’.

Five-weight professional boxing world champion, Floyd Mayweather Jr. will compete in another exhibition later on this year when he takes on UK YouTuber, ‘Deji’, formerly known online as ComedyShortsGamer.

Mayweather has now showcased his skills in several exhibition bouts since his official retirement from professional boxing following his 2017 boxing match against Conor McGregor. ‘Money’ has taken on the likes Logan Paul, Tenshin Nasukawa and Don Moore, all for a considerable fee.

The Olympic silver medallist fought this past weekend, taking on Japan’s Mikuru Asakura, knocking out the MMA fighter/YouTuber in the second round.

As for Mayweather’s opponent, Deji, he is the younger brother of KSI, rising to internet fame in the early 2010s by making gaming videos.

Deji has also been a big part of the influencer boxing movement, having competed four times, taking on Jake Paul in his first bout in a losing effort. The 25-year-old recently earned himself his first win inside the ring, battering fellow YouTuber Yusef Erakat or ‘Fousey’.

“Huge thanks to Global Titans and my team for creating this incredible opportunity,” Deji said in a press release. “It’s a privilege to be headlining this phenomenal spectacle in Dubai, against the all-time great Floyd Mayweather. This is going to be fun!”

Mayweather would add that he was excited to be a part of such a big event, bringing boxing back to the Dubai.

“I am delighted to bring this incredible boxing experience to Dubai,” Mayweather said. “Global Titans will give fans an unrivaled boxing match with a huge undercard. It is an honour to be a part of such an iconic event in an iconic city, and I would like to thank the Global Titans team for reaching out to me and giving back so much to the sport I love.” (H/T Mirror)

Who will win, Floyd Mayweather or Deji?