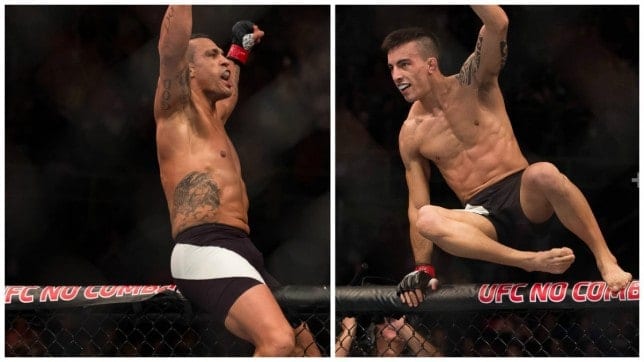 With a solid mix of fights and finishes at last night’s (Saturday, November 7, 2015) UFC Fight Night 77 from the Ginásio do Ibirapuera in São Paulo, Brazil, five fighters rose above the competition to separate themselves from the pack at an action-packed event.

The Brazilian card may not have come with a ton of hype outside of the Dan Henderson vs. Vitor Belfort main event, but in reality it featured several bouts highlighted by a large number of ranked fighters, meaning that while it may not have shaped the title picture of any weight class, it certainly held ramifications for the near future.

It also gave some unranked fighters to prove that they deserved to rise up and take on tougher challenges, and some of them did it in front of their native Brazilian crowd. Here are five major takeaways from UFC Fight Night 77. 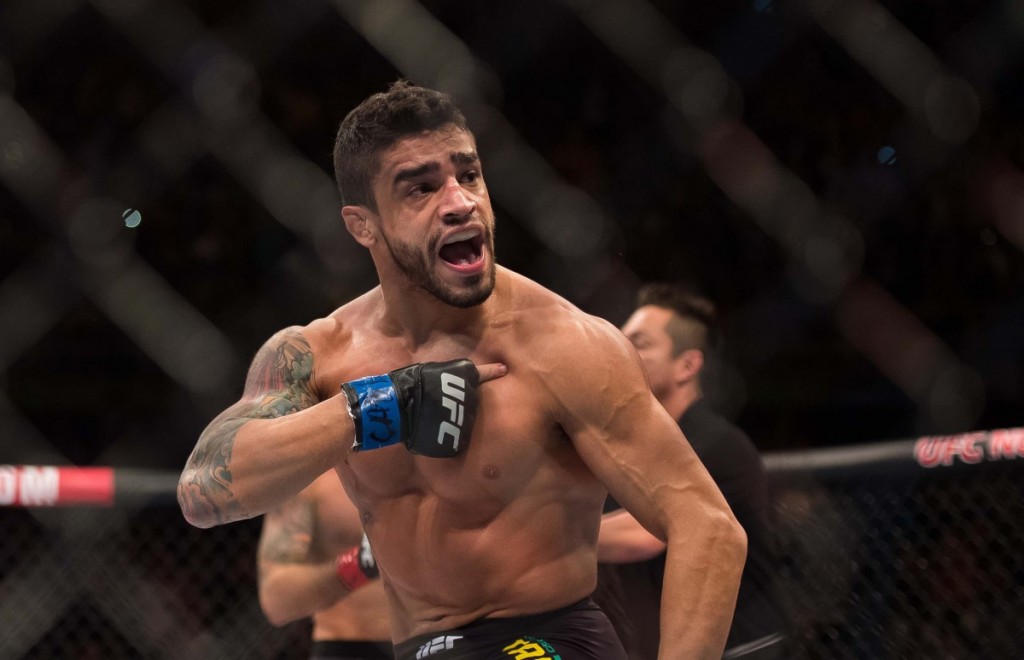 5.) Thiago Tavares is becoming one of the most exciting fighters in the UFC:

Brazilian Tavares shockingly submitted longtime fan favorite Clay Guida with a picturesque guillotine in only 39 seconds last night, improving his featherweight record to 2-1 in the octagon. 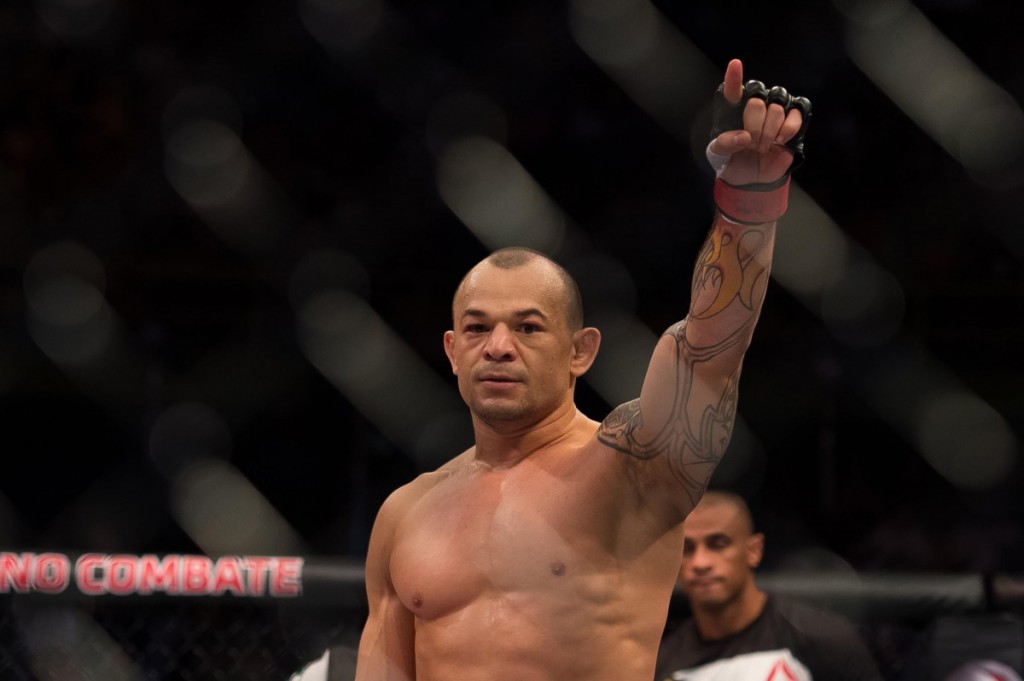 A longtime UFC veteran with 27 fights under his name, Tibau picked up his 17th UFC win with his impressive first round submission over Abel Trujillo last night. It may have been somewhat of a controversial stoppage, but Tibau quietly crept into illustrious territory by scoring the third-most wins in UFC history, trailing illustrious company in only Matt Hughes and Georges St. Pierre.

It was also his fourth win in five fights, signaling that Tibau is due for a big fight in one of the promotion’s deepest divisions. 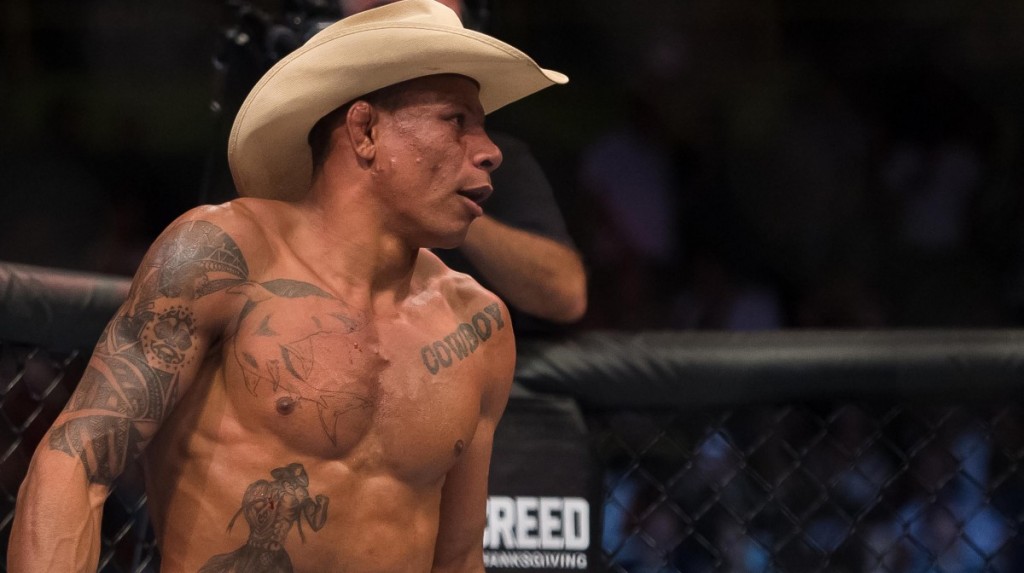 The Brazilian ‘Cowboy’ returned to the home of the original lightweight ‘Cowboy’ in Brazil last night, making a victorious UFC lightweight debut by knocking out a game Piotr Hallmann in the third round.

After his third win in his fourth UFC fight of 2015, it looks like Oliveira has found a home. He’s absolutely huge and will hold a massive reach advantage on almost every UFC lightweight, and even though Hallmann isn’t the best competition at 155 pounds, Oliveira’s win was an impressive one.

He has the same attitude toward fighting frequently as his American namesake, and now he has a size edge on his competition. Oliveira needs to shore up his striking defense and also clean up his striking, but it looks like the sky could be the limit for the fearless and rangy 27-year-old-‘Cowboy’ from Brazil. 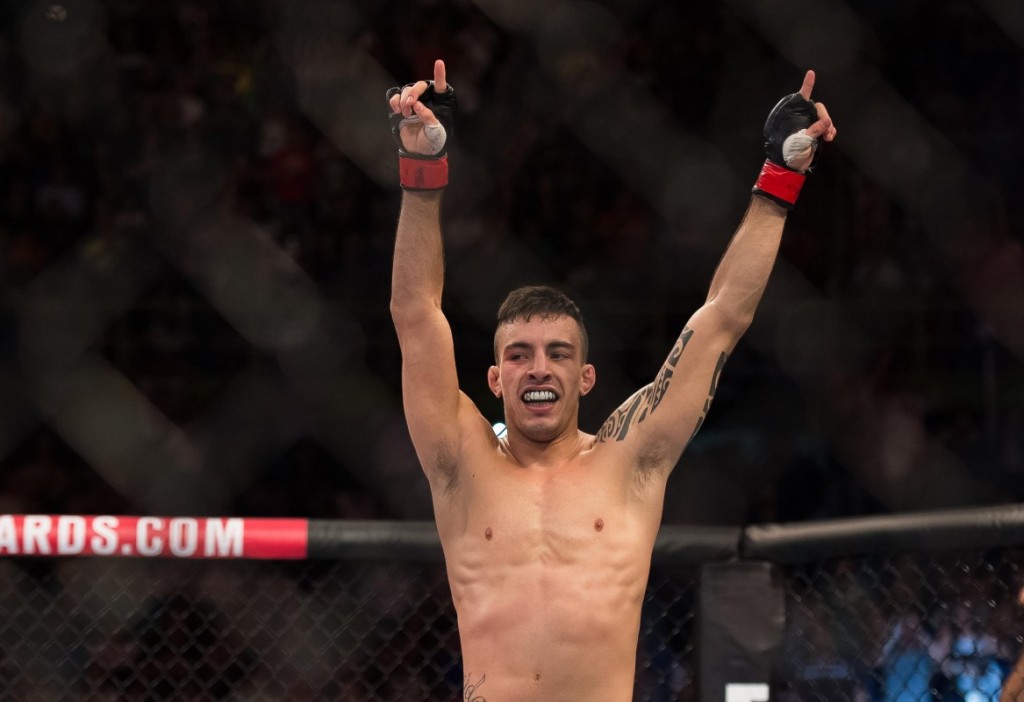 2.) Thomas Almeida is the real deal:

It was probably already confirmed that Brazilian bantamweight Thomas Almeida was a legitimate and lethal title contender in the shallow UFC 135-pound division following his highlight reel knockout over Brad Pickett at UFC 189, but his brutal knockout over Anthony Birchak last night truly solidified it.

While his hype is obviously at an all-time high and suffering from potential recency bias, that might not matter based on how Almeida has been demolishing world-class opponents. ‘The Terminator’ has four wins in one day less than a year with the UFC, and he’s earned a post-fight bonus for each and every win under the bright lights.

All that means Almeida is the next likely title contender at bantamweight, and it’s arguable he could give champion TJ Dillashaw or number one contender Dominick Cruz a tough run for their money right now. 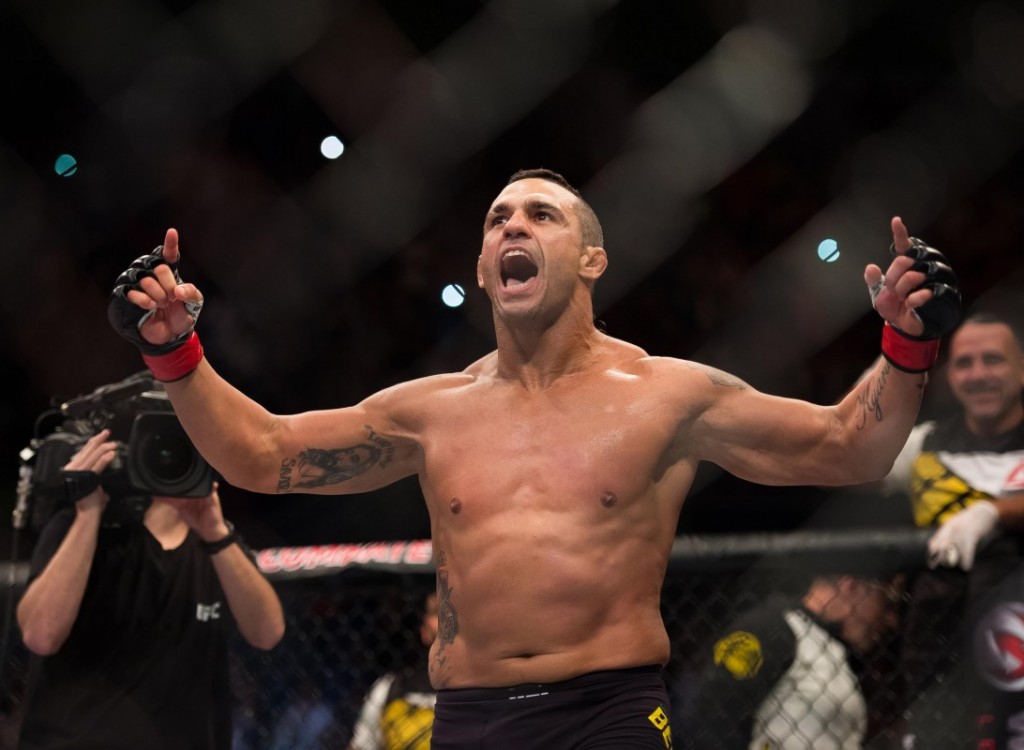 1.) Vitor Belfort is still lethal – but to what extent?

Belfort got back into the win column with a patient head kick knockout of Dan Henderson in the main event, his second first round finish of “Hendo” is as many years. “The Phenom” was fast, powerful, and efficient as he shook of the bad memory of his loss to Chris Weidman at UFC 187.

That was on the surface, however, as the reality is that Belfort only two wins of the last two years were over an aging 45-year-old legend who seems unwilling to hang ‘em up despite constant calling out for him to do just that.

Unfortunately for Belfort, the harsh reality of the matter is that he is going to have an incredibly tough time fighting his way back to a title shot in a division as staked as middleweight is. He’ll potentially have to fight the loser of UFC 194’s title eliminator between Jacare and Yoel Romero. That’s a tough fight for him, and even if he can win that bout, it’s not assured that he’ll get a title shot right away, either.

“The Phenom” will have to keep picking up quality-name wins while staying completely out of controversy in the new and more stringent drug testing policy the UFC recently introduced in order to get a shot. Can he do it? Perhaps, but it’s going to be tough in the dangerous UFC 185-pound shark tank. That’s not to say Belfort isn’t still dangerous, but another KO victory the now-ancient Henderson just doesn’t tell us a whole lot about his overall status in one of the toughest divisions in MMA.