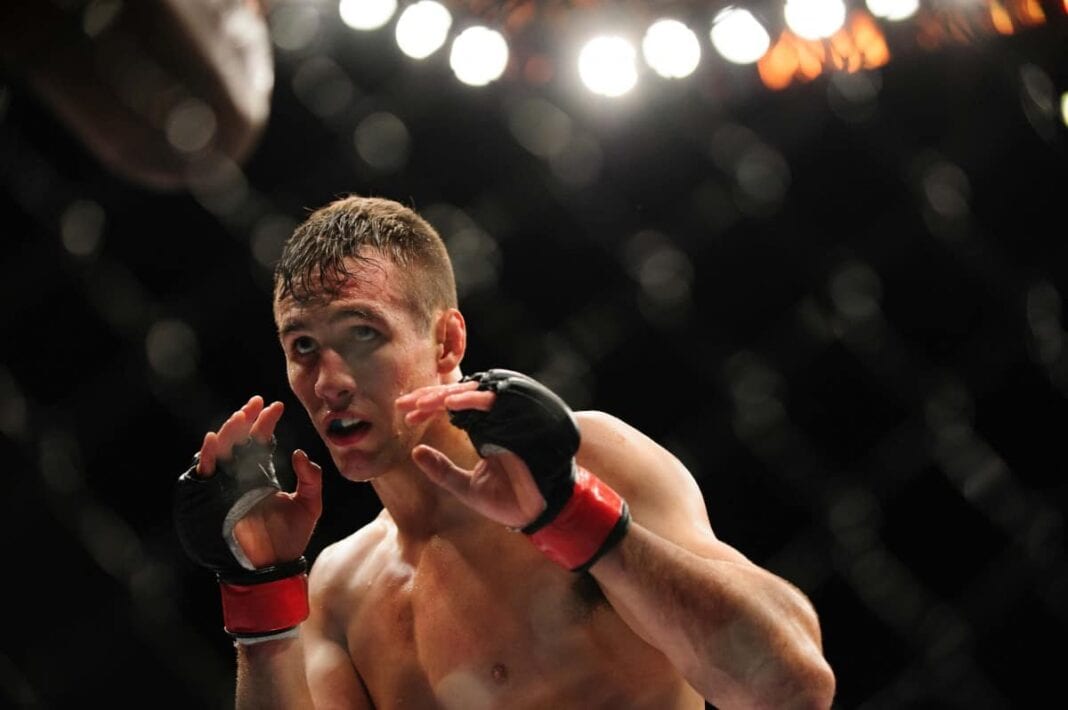 Although UFC 189, which is set to go down on July 11, 2015, received a huge hit yesterday (June 29, 2015) when featherweight champion Jose Aldo pulled out of his scheduled mega fight with Conor McGregor, the card still has two title fights, and the co-main event may be getting overlooked.

In the co-main event of the evening, newly crowned welterweight champion “Ruthless” Robbie Lawler will put his title on the line against Canadian superstar Rory MacDonald. The two have actually met once before at UFC 167 in 2013, with Lawler pulling out a hard-fought split decision win.

Speaking on the topic with Bloody Elbow, MacDonald’s long-time trainer Firas Zahabi said that the “Red King” may have overlooked Lawler the first time, and that MacDonald learned a lot from that bout:

“I think the first time around a lot of people were underestimating Robbie Lawler,” Zahabi said. “I honestly wasn’t. I thought he was a very dangerous opponent, but I feel a lot of the people in the media, and Rory’s friends and entourage . . . everybody was kind of thinking that Robbie Lawler was an easier fight than normal, and that this should be a pick-up win for him. And it’s not like that. I think Rory learned that every fight is dangerous.”

Continuing on, Zahabi said that the first fight provided a valuable lesson, and come UFC 189, fans will be treated to a new and improved version of the “Red King”:

“It’s a valuable lesson, and I think that fight made him stronger. I think on July 11th you’re going to see a more calculating Rory MacDonald, a more precise Rory, a more experienced Rory MacDonald. It’s gonna make a big difference from the first fight.”

The head trainer at Tristar Gym also said that injuries may have hindered MacDonald’s performance in the first bout. Zahabi said that he wanted to pull MacDonald from the fight, but the Canadian wanted to show up and scrap with Lawler:

“I wanted to pull him from that fight because I thought he was too injured to fight,” he told us. “He wanted to do it no matter what and I said, ‘Okay, fine. It’s your career, it’s your choice.’ . . . I think on fight night he didn’t feel it . . . but we had to cut a lot of practices, and a lot of sparring.”

If he is indeed healthy and not overlooking Lawler, will the “Red King” have better luck in the rematch?