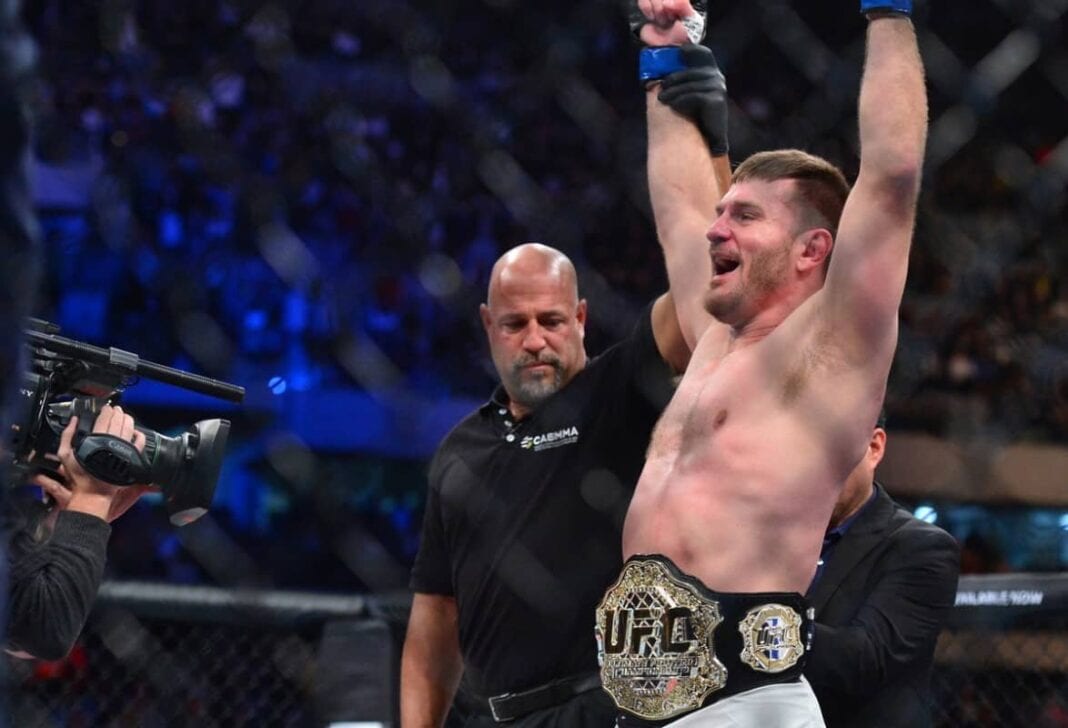 A stacked UFC 198 card ended with a heavyweight title fight between champion Fabricio Werdum (20-6-1) and Stipe Miocic (15-2). Miocic earned a shot at the title by winning five of his last six fights. “Vai Cavalo” won the 265-pound strap by submitting Cain Velasquez back in June 2015.

Miocic got in a leg kick and Werdum responded with a body kick. “Vai Cavalo” looked for a trip and had the challenger off balance briefly. A jab followed by a right hand clipped Miocic. A right hand from Miocic backed the champion up a bit. Werdum moved forward with punches and was knocked out with a right hand.

We have a new UFC heavyweight title holder.