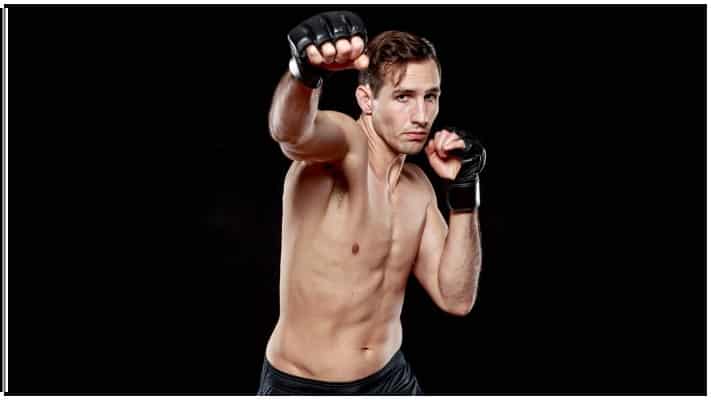 Rory MacDonald would “love” to compete inside the squared circle.

The former Bellator champion has one eye on the many MMA fighters who are currently migrating to boxing for monster paydays.

On August 29, Tyron Woodley is set to square off against Jake Paul. ‘The Chosen One’ will make his highest ever purse in his professional boxing debut.

MacDonald tells LowKickMMA he is looking forward to watching his former foe square off against Paul.

“I think that’s actually a pretty good fight, to be honest,” MacDonald said. “A lot of people just write off Jake because he’s a YouTube guy and he doesn’t have a lot of fight experience, but from what I seen, the guy can box and he likes to fight. He brings it so I got respect for the guy.

“He goes in there and he fights hard and it’s not like he’s in there and he doesn’t know what he’s doing,” MacDonald added. “He can actually punch and he can punch hard by the looks of it. So, Tyron can’t take him lightly and he’s got to be on his A-game that’s for sure.

“To be honest from just like a boxing perspective. I think Jake could give him a very tough time,” MacDonald concluded. “I like Tyron and we’ve crossed paths before, but it’s not MMA. It’s just with the hands so he’s going to have to be at his best.”

MacDonald would ‘love’ to compete in boxing one day and is excited to see lots of MMA fighters getting paid good money for competing in these crossover bouts.

“Yeah, of course, I’d love to, but again, it would have to be for the right situation. You know, a fair deal,” MacDonald said. “I wouldn’t do it for pennies. I would want to make some money and it’s awesome to see guys making good money too. I am really happy to see a lot of these MMA fighters being able to go into a different combat sport and earn their fair take of things.”

Do you want to see Rory MacDonald compete in boxing?