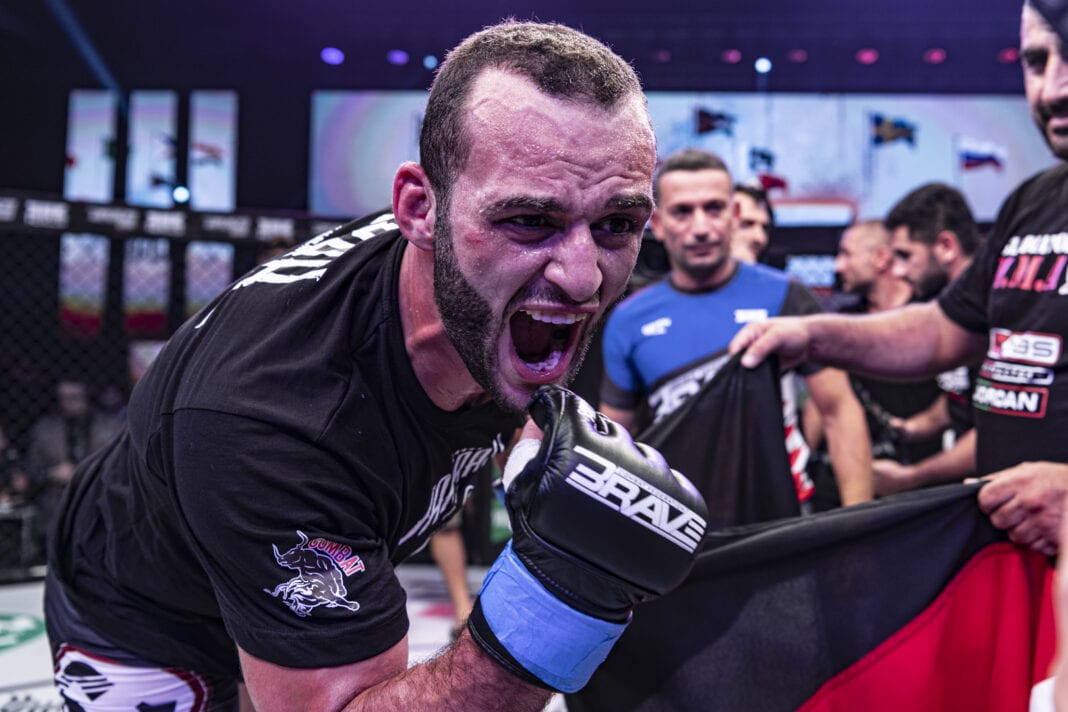 BRAVE CF 43 is set to go down tomorrow (Thursday, October 1) in the Gulf State of Bahrain. This event will be the third consecutive card that the promotion has staged in Bahrain and draws close to its Kombat Kingdom series.

The two men have a shared history, having fought twice before with each man holding a win apiece. Fakhreddine claimed the title in spectacular fashion at BRAVE CF 41 two weeks ago, when he stopped Brazil’s Daniel Souza. However, before Al-Silawi can put his name forward for a title shot, he will need to earn his stripes in the BRAVE CF middleweight division with a win over van Suijdam.

” I’m happy to be here in Bahrain once again. It has been a long time since my last fight, but I am here today, and I can not wait to start this fight, I’ve fought here before, and I won, I’m doing it again now,” Al-Silawi said, speaking to LowKickMMA.

“I was training even during the hardest times, especially with coronavirus. I was training at home by myself, and I had a great camp in Dubai, specifically for this fight. So I am here today and ready to go.

It’s a great fight. I definitely studied my opponent really well, took a lot of notes. I’m confident I’ll be able to handle him. I know how to block every possible move he would make and can’t wait to show it.”

The “Jordanian Lion” is one of the company’s veterans, having fought eight times in BRAVE CF since making his promotional debut at BRAVE CF 2 in 2016. He recaptured his welterweight crown in his last outing when he fought France’s Abdoul Abdouraguimov. He knows that there is a growing list of title contenders at welterweight, but the lure of a trilogy bout with Fakhreddine may be too strong of a temptation for both him and the BRAVE matchmakers to resist.

“I don’t really know what is going to happen,” Al-Silawi commented when asked about future plans.

“I might defend my title as a welterweight, and I might continue fighting as a middleweight, but I will always be prepared for either. I’m ready for everyone and I mean everyone.”

Regardless of the division, he decides to compete in next. There will be no shortage of matchups in the coming months for one of the Middle East’s most prominent MMA stars.