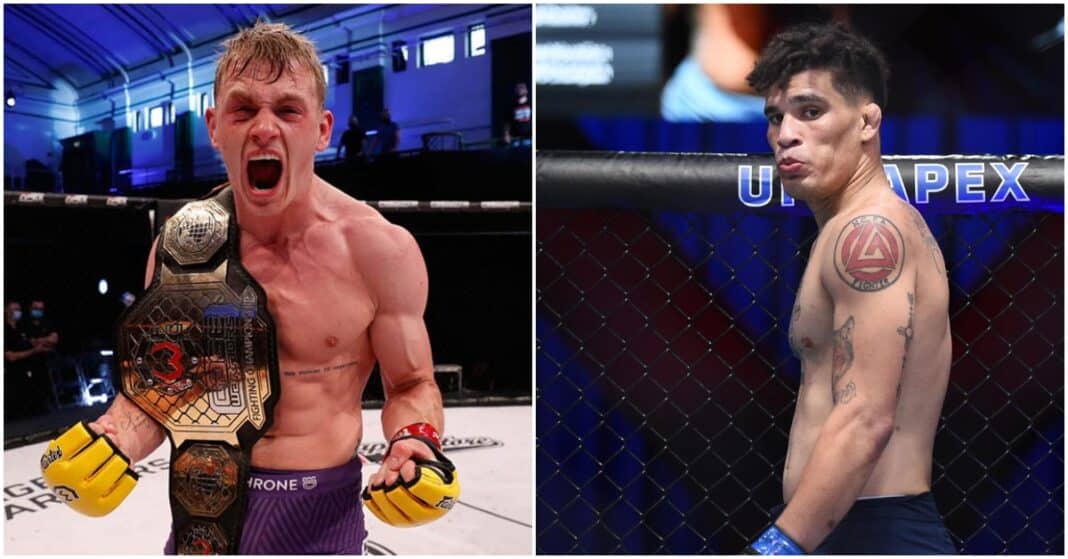 Ian Garry is feeling excited and confident ahead of his UFC debut.

The 23-year-old is booked to face Jordan Williams at UFC 268 which will take place at Madison Square Garden in New York on November 6.

Garry believes the fact his promotional debut has been booked on arguably the biggest card of the year is evidence that the UFC considers him a potential superstar.

“They know what’s up,” Garry told LowKickMMA. “It lets me know they know what’s up. They are putting me on the biggest card of the year. They are making me debut at Madison Square Garden. They are doing this right. They know they’ve got their hands on something special and they’re not gonna throw it away. I mean, that’s magical in itself that they know how good I am and what I can do.

‘The Future’ is particularly excited about fighting at Madison Square Garden.

“Dude, it’s insane to be fighting in the most iconic sporting venue in the world,” Garry said of fighting at MSG. “When you look at the names, Ali, Mayweather, McGregor, Michael Jordan – it’s just history. The amount of history in that stadium is just ridiculous and now you’re going to add Ian Garry to that list. People won’t realize it now but in a couple of years when my career is done they’ll go, ‘Oh my god! That’s where he started.’ The history will be there.”

Garry gave props to his UFC 268 opponent for being game, tough and powerful but says when fight night comes he will simply be better than Jordan Williams.

“He seems game, he seems tough and he hits hard but that’s the last thing you wanna do when you’re with me is be tough. If you’re durable against me, I’ve said this a couple of times, it’s going to get you hurt because I’m going to find gaps, I’m going to find holes. No matter where it is. On the feet (or) on the ground, I’m going to beat you, and I’m not going to hold back. So, he’s tough, he hits hard and obviously, I’ve got to respect that like every single opponent I come up against but I’m just better. It’s just a case of me going in there and doing my job. I wish him the best but I’ve got to go in there and get rid of him and do it in style.

Do you think Ian Garry will keep his perfect record going at UFC 268?