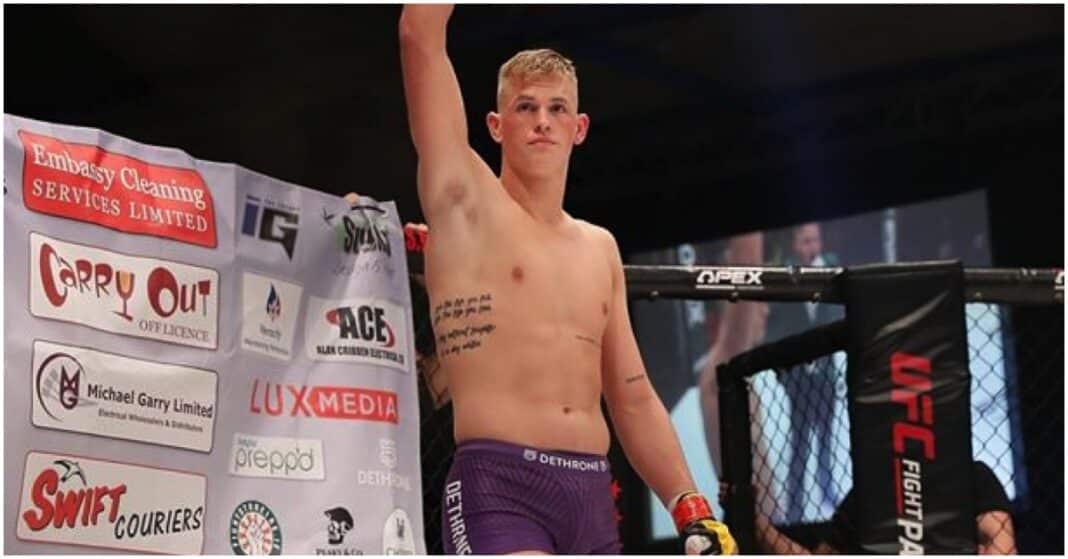 The next potential superstar out of Ireland beat Jack Grant to claim the vacant 170lb Cage Warriors title in June and was quickly snapped up by the UFC. The 23-year-old has since relocated from his native Dublin to Florida and begun training with the best fighters in the world at Sanford MMA. On November 6, he’ll make his promotional debut against Jordan Williams on arguably the biggest card of the year, UFC 268 at arguably the most prestigious sports arena in the world, Madison Square Garden.

During a recent interview with LowKickMMA, Garry spoke excitably about the many changes that have happened in his life this year.

“I’m taking every step in my stride. Life is good,” Garry said. “It’s crazy, it’s fast, it’s fun. I can’t not love what is happening. The fact that I’m making my (UFC) debut on the biggest card of the year. The fact that I’ve signed to the UFC, I’ve become a world champion. I’ve done everything I said I was going to do and now it’s just time to do it all over again.”

The undefeated prospect is intent on replicating his Cage Warriors form in the UFC Octagon and believes that will be enough to gain a legion of new fans.

“Obviously, it’s a bigger fan base, it’s a bigger stage, it’s a bigger organization. It’s like OK great. I’ve just gotta do exactly what I did in Cage Warriors but do it in the UFC and show people why I’m the f*cking best, why I have the hype, why people like watching me fight, why people believe stuff when I say it because it’s the trust. It’s because I go in there and I fight (and) every time I win.”

Do you think Ian Garry can be the next UFC superstar out of Ireland?