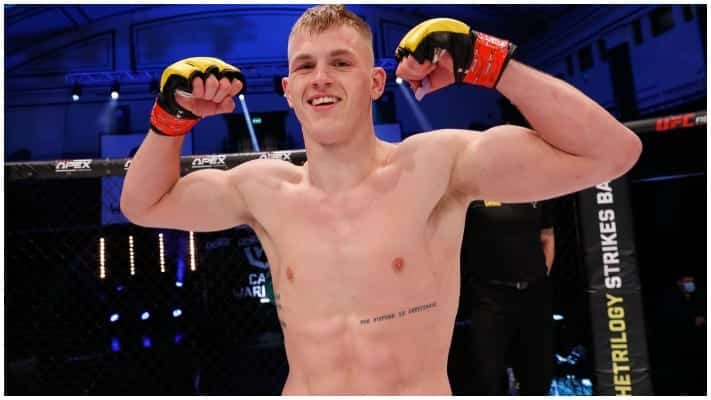 The latest potential superstar to emerge from Cage Warriors, Ian Garry, is dead set on joining the UFC after fighting one more time for the London-based MMA promotion.

Garry (6-0) is due to compete for the Cage Warriors welterweight title later this month. He’ll take on Jack Grant in the final of the 170lb tournament on June 26.

In an interview with LowKickMMA ahead of the bout, Garry revealed his plan is to move onto the UFC after picking up welterweight gold by stopping Grant.

The idea of becoming a two-weight world champion with Cage Warriors is one that appeals to Garry but it’s not something he considers necessary before moving on to MMA’s premier promotion.

Do you think Ian Garry will join the UFC if he is victorious against Jack Grant at Cage Warriors 125?