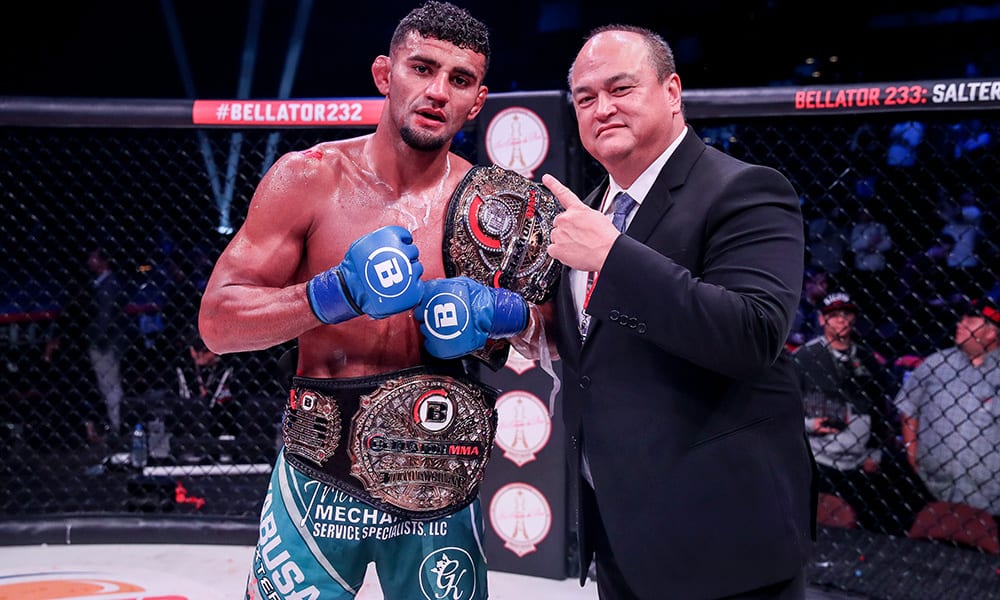 Lima was due to face Mousasi for the vacant 185lb belt and the chance to become a dual weight world champion at Bellator 242 on May 9. Unfortunately for fight fans like most sports promotions, Bellator has postponed all their events for the foreseeable future due to the ongoing global pandemic.

Speaking exclusively to LowKickMMA Lima admitted he was sad to hear his fight had fallen through but insists it will be rearranged as soon as possible, he said.

“It sucks. I really wanted that fight in two weeks. That’s something that we couldn’t control, you know what I mean? With everything going on they had cancel. So definitely disappointed, but I understand that and I’m sure it’s going to be rebooked really soon. So as soon as this stuff is over with, we get that fight going again.

In terms of a timeframe, Lima is hopeful that he and Mousasi can square off sooner rather than later. The 170lb champ revealed Bellator are supposedly going to start hosting events again in July, he said.

“July is a great timeframe hopefully they’ll be able to do it by then. Even if it’s no crowds and I’ll be fine with that as long as I get a fight, you know, I need to work. People can watch it on the TV. I think that’s good enough for me.

For Lima, beating Mousasi and becoming a two-weight world champion is the biggest and only goal in his mind right now.

“You know two-weight champion is very important right now,” Lima explained. “I know a lot of fighters are trying to do that right now. It’s something I’ve thought about for a very long time. That’s the next goal for sure. Over such a game opponent, you know, somebody that’s really good that’s been around fighting forever. Not just the belt but a win over Mousasi would be amazing, it’d be huge for my career. So, I’m definitely taking this very seriously and I’m very looking forward to this fight. I’m going to be a double champ.”

Do you think Douglas Lima can beat Gegard Mousasi and become a two-weight Bellator champion?