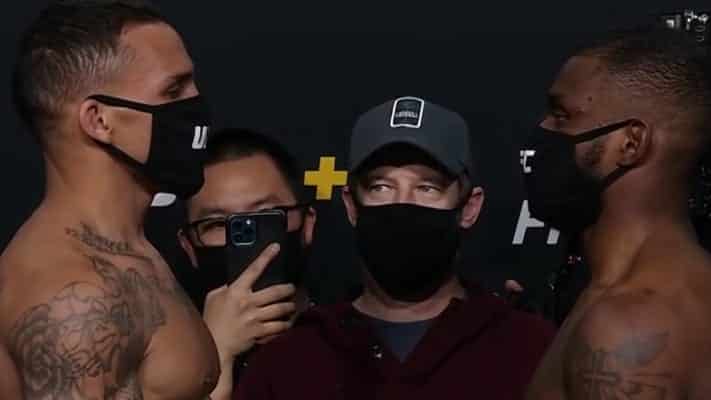 Kicking off the UFC Vegas 21 main card is a middleweight contest between Eryk Anders and Darren Stewart.

Round 1: A lot of feinting early on. Stewart lands a leg kick. Stewart lands another while Anders looks to land a counter punch. After a flurry, it appears Stewart has hurt Anders. Anders clearly shows signs he’s hurt and goes for a takedown. Stewart is defending so far against the fence as he lands two knees. Anders separates and lands some big strikes. He gets the takedown soon after but Stewart gets to his feet. However, Anders unleashes a flurry and proceeds to drop Stewart. He looks to be getting the finish but Stewart does well to just about survive. Anders trips him and proceeds to knee him on the ground which is an illegal strike. The second week in a row! The doctor waves it off after deeming Stewart unable to continue.

Official result: Eryk Anders and Darren Stewart ends in a no contest (R1, 4:37).