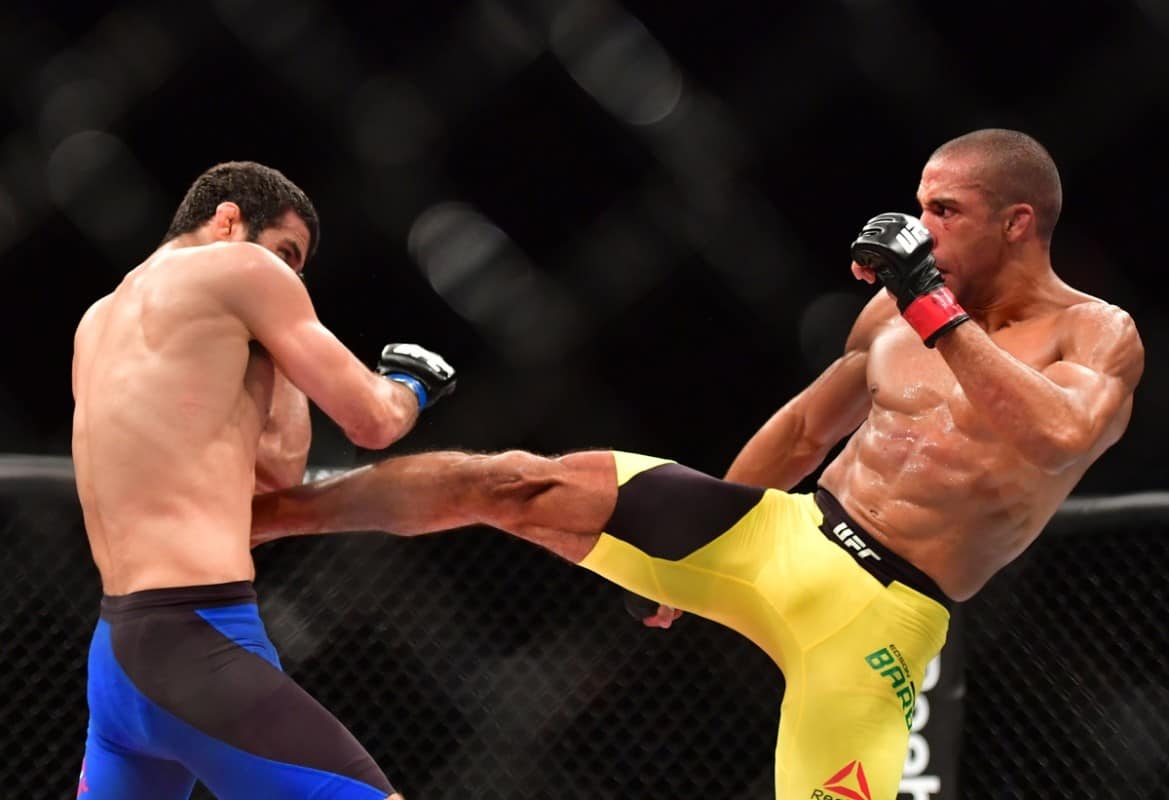 On the main card of last night’s (Sat. March 11, 2017) two of the UFC’s finest competitors at 155 pounds collided inside the Octagon, as No. 5-ranked Edson Barboza took on No. 9-ranked Beneil Dariush.

Barboza came in off of a two-fight win streak over the likes of Gilbert Melendez and former UFC lightweight champion Anthony Pettis, not having lost since second round submission to Tony Ferguson in December of 2015 via D’Arce choke. Dariush was on a two-fight win streak of his own with wins over James Vick and Rashid Magomedov, with his last loss also coming by way of submission at the hands of Michael Chiesa in last April via rear-naked choke.

The opening seconds of the first round featured quite the striking battle between the two, which led to Barboza landing a hellacious head-kick that Dariush seemed to quickly shake off. Dariush, however, landed the majority of the hard strikes and seemed to have the Brazilian shaken up on multiple occasions.

Round two began with Barboza coming out more aggressive after being out-classed by Dariush in round one, but the Iranian matched his counterpart’s aggression right back. Dariush continued his vicious assault on Barboza’s body, but the Brazilian countered with a tremendous flying knee that for yet another highlight reel knockout to add to his resume.