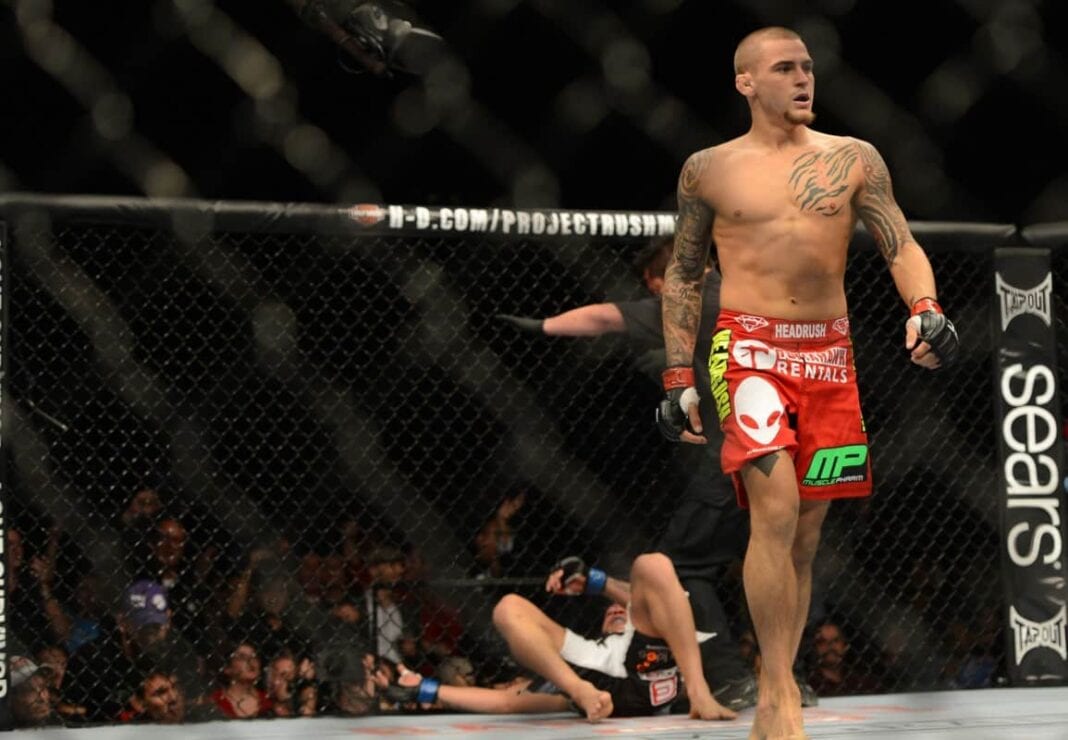 “The Diamond” took the loss extremely hard, and hasn’t signed on for another bout in the stacked featherweight division. Apparently Poirier hasn’t done that because he’s moving back to his original home of lightweight, where he rolled pa n8-1 record fighting in smaller promotions like the WEC.

He tweeted his plans to fans tonight, explaining that he walks around in the 180s and his weight cut had simply become too difficult:

“@FrigUrself: @DustinPoirier are you moving up to LW?” Yes

“@frank_bono: I’m curious why @DustinPoirier is moving up to lightweight” Because I walk around 180s

“@andrewhepburn00: @DustinPoirier @frank_bono dam must of been a hard cut to 145″ You have no idea! Brutal

There’s no question that he lost fair and square to McGregor, yet cutting almost 40 pounds s never good for a fighter. With drastic weight cuts having more of a negative effect on the sport, it’s good to see a fighter admit that cutting less is the right thing to do.

However, there is a massive pool of talent at lightweight, the UFC’s deepest division. A lot of 15-pound fighters probably cut just as much weight as he does, meaning that they could come into a bout against Poirier with roughly a 10-pound advantage.

“The Diamond” has looked impressive against mid-tier competition while failing against the elite fighters he’s faced. There’s no guarantee that he’ll find success in a larger division, but apparently we’re going to find out soon.

Will he get lost in the commotion of lightweight, or will losing less weight allow him to reinvent his career?