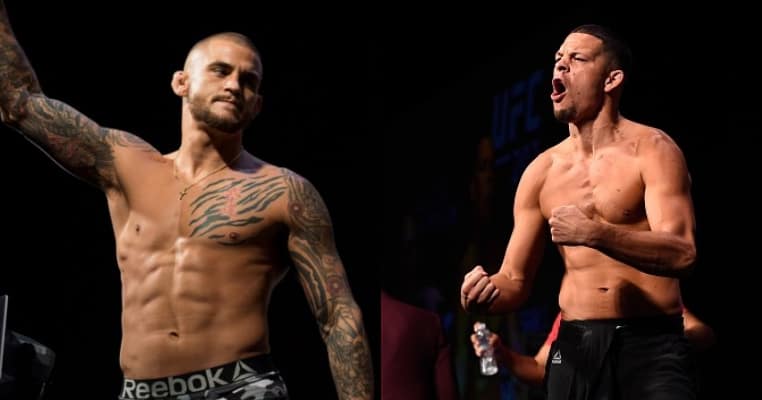 Since joining the UFC in 2011, Dustin Poirier has experienced varying highs and lows. Starting his UFC career as a featherweight, ‘The Diamond’ went 7-2 before facing Conor McGregor. During the UFC 178 pre-fight, Poirier engaged in McGregor’s mind games. Eventually getting TKO’d in just under two minutes, Poirier later admitted he was over-emotional. Seeing the need for change, American Top Team‘s ‘Diamond’ moved up to lightweight. Against Carlos Diego Ferreira at UFC Fight Night 63, Poirier looked a new fighter.

After scoring a ‘POTN’ KO against Ferreira in Halifax, Poirier scored finishes over Yancy Medeiros and Bobby Green, while winning a thriller over Josph Duffy. Riding four straight impressive wins, ‘The Diamond’ slipped against Michael Johnson. ‘The Menace’ knocked out Poirier in 90 seconds, bringing to a halt his second four-fight streak in the UFC.

Diaz has been dormant since his second barn burner with Conor McGregor at UFC 202. Demanding $20 million for his next UFC bout, Diaz has again taken a stance against his employers, similarly to ‘The Notorious.’ 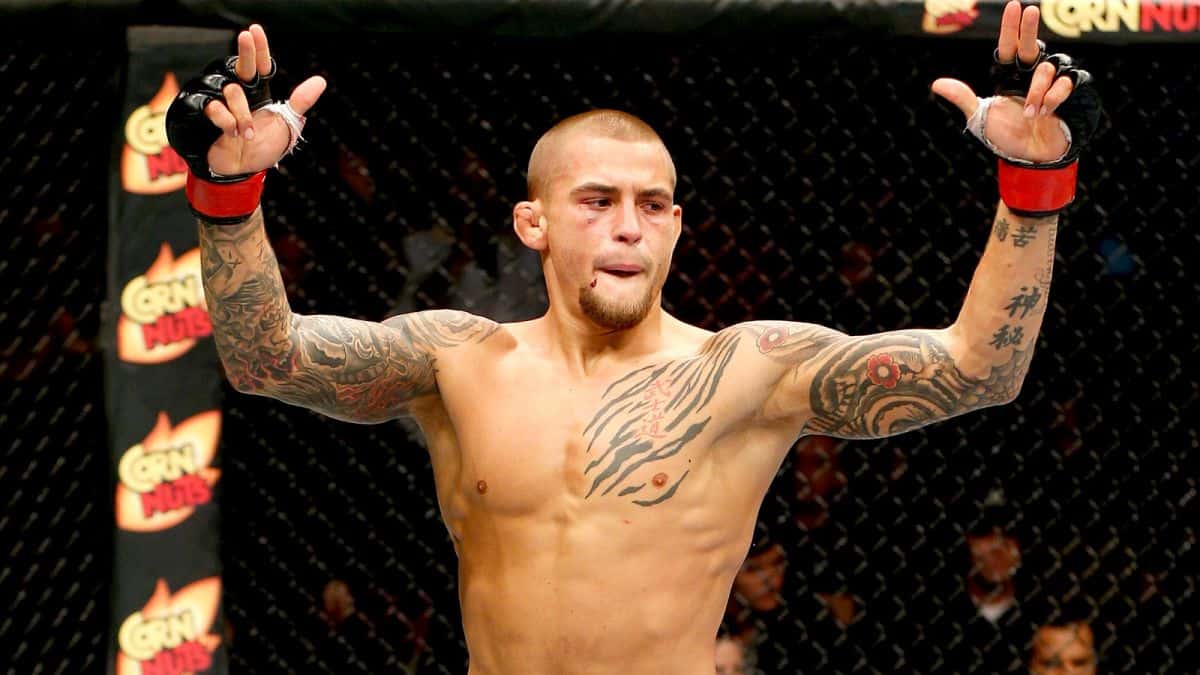 Poirier says he’s also willing to fight Michael Chiesa, or simply anyone in the top 10, but he’s not rushing back after his war with Miller:

“I’m not going to rush into a fight here in a month, but I’m going to take the normal time,” Poirier said. “I’ll probably be out three months or so, working and getting better.”

“I want (Diaz), and I want Michael Chiesa,” he said. “I want anybody in the damn top-10 who will take the fight. Before I fought Jim, I was trying to get these guys. I know sometimes in the past I’ve gotten heated with these guys, but that’s just in the moment. I respect anybody who makes that walk to the octagon and fights for a living and puts it on the line.”