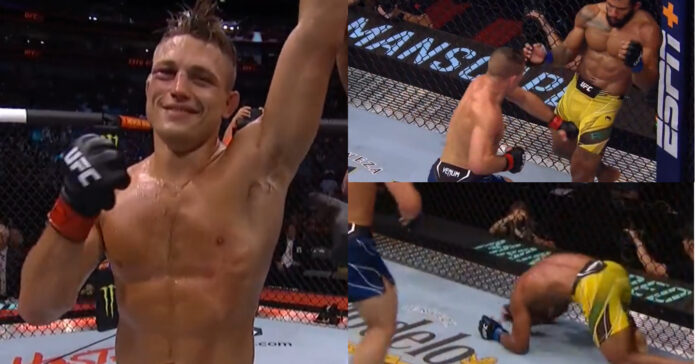 Coming off a first-round finish of Terrance McKinney in his last outing, Dober faced Alves in a preliminary lightweight bout at UFC 277 on July 30 at American Airlines Center in Dallas, Texas.

In a thrilling display of quick striking mixed in with some grappling early in the fight, the two put on a great show for the fans.
Dober eventually landed a massive shot to the body that sent Alves crashing down to the canvas.

Below, catch the highlights from Drew Dober vs. Rafael Alves